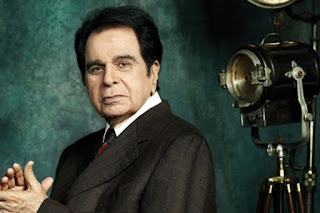 By Tricitynews Reporter
Chandigarh 08th December:- At 94, Dilip Kumar is undeniably one of the finest actors of the country and a name that Hindi cinema remains indebted to. Zee Classic, with its brand promise of Woh Zamana Kare Deewana, celebrates this thespian actor’s 94th birthday with a day-long festival titled ‘Dilip Kumar Birthday Special’, on 11th December, Sunday, 9 AM onwards.
Kick-starting the Sunday film festival is ‘Gunga Jumna’starring Dilip Kumar with his real life brother Nasir Khan. It is a story of two siblings on the opposite sides of law.  ‘Vidhaata’ starring Sanjay Dutt, Shammi Kapoor and Sanjeev Kumar, is about a man hit by misfortune, goes onto become a smuggler to secure a better future for his grandson. The channel will
Showcase ‘Karma’ also starring Anil Kapoor, Jackie Shroff and Naseeruddin Shah. This one stars Dilip Kumar as a police officer who frees three prisoners under special permission to put together a unit to avenge his family’s death.
Then comes ‘Kranti’, a pre-Independence drama also featuring Manoj Kumar. When Sanga (Dilip Kumar), a loyalist of King Laxman Singh is falsely charged with killing his master, he escapes and forms an army of rebels to drive the British out of India. Concluding the fest is ‘Aan’. A love story between a princess and a villager, this film also highlights India’s transition to a democracy from monarchial rule.
Born to a Pathan family as Muhammad Yusuf Khan, Dilip Kumar came to Mumbai to earn a living oblivious of showbiz. Devika Rani, the then owner of Bombay Talkies offered him his first ever role in 1944. Hindi writer Bhagwati Charan Varma gave him the screen name Dilip Kumar and a legend was born. With 63 films in a career spanning over 6 decades, Dilip Kumar epitomized quality and dedication. For his command on depicting emotions on screen, he is fondly remembered as the King of Tragedy in Bollywood.

Posted by tricitynews online at 04:21