Anshuman Shines at National Taekwondo Championship:Wins One Gold and one Bronze Medal 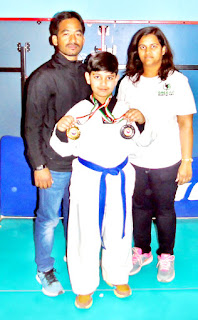 By Tricitynews Reporter
Chandigarh 07th January:- Eight years old Anshuman displayed his extra ordinary martial arts skills in the National Taekwondo Cup Championship held at Dharamshala by winning One Gold and one Bronze medal. More than 500 Participants from 25 states participated in the Himalya National Taekwondo Championship. Anshuman fought like a little warrior and during his fight his opponents could not match up to his skills. Anshuman had recently also won one Silver Medal and two bronze medals in Universal Taekwondo Competition.
Anshuman, a student of class III Gurukul School Panchkula, proudly represented Chandigarh in the Nationals and has made the tricity proud by his achievement. Anshuman’s age might be tender but his dreams are big as he wants to represent the country at international level and wants to win for his country.
Anshuman is seeking training from the reputed Emerald Martial Arts Academy and dedicates his National gold and bronze medal to his esteemed coach Master Shiv Raj Gharti and Kavita Madam.
Anshuman said that he was able to achieve this feat only because of blessings of his coach Master Shiv Raj Gharti and the expert training received from Master Shiv Raj Gharti.  Anshuman holds Master Shiv Raj Ghart as his role model and it is his dream to fulfill all the expectations of his coach Master Shiv Raj Gharti.
Posted by tricitynews online at 04:01 No comments: 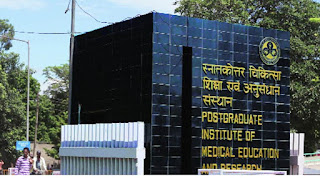 By Tricitynews Reporter
Chandigarh 07th January:- Taking forward the agenda to promote the noble cause of organ donation with renewed thrust in the new year, Regional Organ & Tissue Transplant Organization (ROTTO) PGI collaborated with the NGO ‘Divya Upchaar Sansthan (Regd.)’ and organized an awareness camp on Organ Donation alongside the Blood Donation Camp at Baltana today.
Organized to mark the birthday of Shri Maneesh, the Founder of the NGO, the camp witnessed an enthusiastic response with 68 people donating blood and 32 pledging for organ donation braving the winter chill and rain, which could not dampen their voluntary spirit.
Leveraging the good turn out, Ms Simmi B Sumbria, Transplant Coordinator, ROTTO PGI also addressed over 100 employees of the call centre run by the NGO about the altruistic cause of organ donation. Responding to the queries posed by the participants pertaining to prevalent myths and misconceptions, Simmi Sumbria asserted that the camp provided a good platform to reach out and make the participants aware and sensitize about the cause.
The Blood Bank team from PGI led by Dr. Anubhav Gupta was all praise for the NGO for their initiative. Dr. Gupta shared that in all over 90 people turned out for blood donation but 68 cases were successful as rest did not meet the pre-determined donor requisite criteria.
Detailing about the intent behind organizing the camp, Jaswinder Singh Jassi  from Divya Upchaar Sansthan (Regd.) shared that the ideology of the NGO is to enable people live a disease free, healthy and happy life with natural ways of cure, meditation and positive outlook. These camps promote the same ideology as nothing can instill a better feeling than being instrumental in saving someone’s life. This is truly unconditional love for humanity at large.
Expressing his happiness at the positive response at the camp, Jaswinder Singh Jassi said that there could not have been a better birthday gift to our Founder than this selfless service. The camp concluded with felicitation of the dignitaries and the donors. 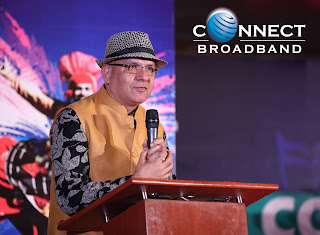 By Tricitynews Reporter
Ludhiana 07th January:- Videocon Connect has diversified its telecom portfolio to enter in the business of Smart Solutions (Bulk Voice and messaging business), Smart cities, Security-Surveillance and Digital Marketing, in a major step forward. The company has taken a number of initiatives, ensuring the adherence to Government’s vision of Digital INDIA.
With the aim to enhance the standard of education in our country, Videocon Connect, is striving to ensure that students get more practical education and youth become more employable. As part of this initiative, Connect Broadband has established and set up a Videocon Advanced Communication Lab at the Department of Electronics & Communication of GNDEC Ludhiana.
To contribute to Ludhiana Smart City project in line with smart city initiatives of the Government, Connect Broadband last year tied up with Municipal Corporation Ludhiana to setup free Wi-Fi across different locations in Ludhiana. Four Wi-Fi zones have already been established at Ludhiana Municipal Corporation office Zone A, Zone D, Rose Garden and Kipps Market; Sarabha Nagar Ludhiana. Company plans to establish more Free Wi-Fi Zones in Hospitals, Bus Stand and Railway Station of Ludhiana.
Having Ludhiana at the heart of its activities, Videocon Connect has invested Rs 118 crores in creating a futuristic internet expressway. It includes up gradation of optical fiber network that enables transmission at high speed in the region. The company has the strongest hold in the region and the business has had an exponential growth despite competition from other players.
In another initiative, Connect Broadband tied-up with Ludhiana Municipal Corporation for the beautification of the city. Graffiti paintings with significant messages on social issues such as female foeticide, help the elderly, education for all, contribution of freedom fighters etc, have been showcased at all major landmark points of Ludhiana including Bus Stand and Railway Station.
Speaking about the company’s recent endeavors,  Arvind Bali, CEO, Connect Broadband and Videocon Telecom said that we have special connect with Ludhiana. Ludhiana being the industrial hub of Punjab is one of the chosen cities for the Government’s smart city project. Videocon Connect has established free Wi-Fi Zones in the city to support the Government’s initiative. Our company has also upgraded its network to provide seamless and high speed internet connectivity to the residents of the city. He further added “We have set-up a lab GNE Ludhiana so that the students get practical knowledge of things and a better chance of employability.

Posted by tricitynews online at 03:52 No comments: 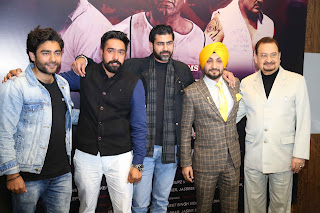 By Tricitynews Reporter
Chandigarh 07th January:- As the Elections are nearing, lot of movies have paved their ways also. The first movie of this year which will showcase Drugs and other Mafia related activities. “Jugni Hath Kise Na Auni” will be released this February. K.S. Makhan, Preet Sidhu, Mani Kapoor and Harp Farmer has played important characters in the movie.  Most importantly, Jagdish Bhola, the Drug Mafia, has played the main character in the movie.
The movie has been made under the banner of Sidhu Films and has been directed by Amanjit Singh Brar.  Jagseer Sidhu, Gurpreet Sidhu and Bittu Dhaliwal took the responsibility of producing it. Ammy Virk, KS Makhan, Firoz Khan and Khan Sahab have lent their melodious voices to the songs of the film. The music has been given by Gups Mehra, DJ Flow and Satpal.
The decision to release the film after the Election’s Code of Conduct hints towards some hidden facts of politics. This film will show some true incidents related to Jagdish Bhola, due to which huge tension might arise in the present political situation and scenarios.
However, the Director of the film, Amanjit Singh Brar and Actor Preet Sidhu said that this movie is not against any party or any particular individual but a satire on the dirty political and administrative system.
The movie will not only show Drugs and other Mafia Activities but will show activities related to black money and on the political activities played with the prisoners in the jail. This movie revolves around two brothers who get caught in a big swamp and slough and how they are being used as puppets in the hands of political activities.

Posted by tricitynews online at 03:47 No comments: