By Tricity News
Chandigarh 23rd April:- A massive campaign for promotion and uptake of LED bulbs under EESL’s (Energy Efficiency Services Limited) UJALA programme was launched today by flagging off mobile vans in Chandigarh by Finance Secretary, A.K. Sinha. This flagging off ceremony marks the boost of the “Gram Swaraj Abhiyan” in Chandigarh aiming to promote social harmony and spreading awareness about Government’s pivotal schemes in rural/urban areas.
The event took off by flagging off EESL's comprehensive promotional mobile vans. These vans are an innovative publicity mechanism designed to travel across the Union Territory and spread the message of adoption of advanced energy efficient appliances.   Promotion will be carried out through this UJALA-station-on-wheels and each van will circle one village at least twice, within the proposed time. Mobile vans are one of best mediums to reach people at remote locations. It is estimated that vans will be deputed on publicity and LED bulb distribution duty in Chandigarh for at least 8 hours a day till 5th May 2018.
On the occasion, Finance Secretary of Chandigarh Administration AK Sinha, said that UJALA initiative plays an important role in energy sector in India. The recent adoption of LED bulbs all over the country is leading to reduction of about 38,467mn kWh energy annually.  “Gram Swaraj Abhiyan” aims to reach out to the people of Chandigarh to further penetrate the region and sensitize laggards for joining hands in adoption of LED bulbs. This will not only save energy but will lead to reduction in monthly electricity bills of consumers.”He further said that these mobile vans under Gram Swaraj Abhiyan are specially designed to reach each and every village and also urban areas of the Union Territory to promote and sell UJALA LED bulbs at subsidized rates.
A.K. Sinha, Finance Secretary requested EESL  to promote sale, at a uniform price of Rs.50/- per LED Bulb.   Nitin Bhatt from EESL agreed that during the “Gram Swaraj Ahiyan” till 5th May 2018, the LED Bulb will be sold at Rs.50/- per bulb, in rural as well as urban areas of Chandigarh provided each consumer should submit photocopy of Adhaar Card or Electricity Bill.
Under EESL’s UJALA programme, domestic grid connected users are getting LED bulbs, LED tube lights and energy efficient BEE 5 star rated fans through designated kiosks, which are expanding across all areas of the Union Territory. Under UJALA, till date, over 53,000 LED tube lights and over 12,000 BEE 5 star rated energy efficient fans have been distributed leading to annual energy savings of23,51,885   kWh and 4,826 kWh respectively. Additionally, over 4.5 lakh LED bulbs have been distributed in Chandigarh, leading to energy savings of about 58,592MWh per year.
Posted by tricitynews online at 04:40 No comments: 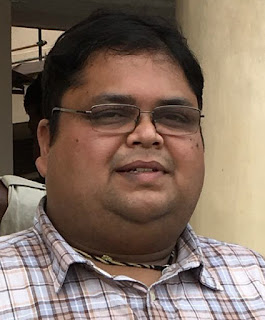 By Tricity News
Chandigarh 23rd April:- Dr Hemant Garg, a city-based lawyer, arbitrator and an avid researcher, was felicitated by Oxford University, UK  for his academic excellence. He was invited there to present a research paper on ‘Crypto currencies, their socio-legal and financial impacts on global economy’ at the recently concluded AICMSE 2018 conference.
Dr. Hemant Garg will present his work on ‘Cooperatives and Big Data’ at the International Cooperative Alliance Research Conference to be held on 4-8 July, 2018in Netherlands.
Dr. Hemant Garg, a student of LLM at the University Institute of Legal Studies, Panjab University, Chandigarh, has been an alumnus of Edinburgh University, United Kingdome and  Harvard University, USA where he studied business administration. He has earlier presented his research work on ‘Digital governance’ at Cambridge University.
Dr. Hemant Garg, in his paper, said that while the crypto currency such as Bitcoin is gaining traction as a medium of exchange, it still lags behind in terms of being a store of value due to its high volatility. Though the Reserve Bank of India has termed the trade and exchange of Bitcoin as illegal since no regulatory framework and legislation exists till now in India. But at global socio-economic level Bitcoin is a fast growing reality if not an opportunity.
With 27 international and 31 national research papers published under his name, Dr. Hemant Garg has been invited to present his research work and share his vision of Digitalization of Cooperatives and governance structures and processes at various international forums.
Posted by tricitynews online at 04:34 No comments:

By Tricity News
Chandigarh 23rd April:- Sant Nirankari Charitable Foundation to organize a  Blood Donation Camp at the Sant Nirankari Satsang Bhawan, Sector 30-A, Chandigarh on Tuesday the 24th April, 2018 from 7.00 AM to 2.00 PM.
This camp will be inaugurated by Alka Singh Badnore Wife of   V. P. Singh Badnore Governor of Punjab.
This year also, all the branches of the Mission numbering about 3000 in the country and 200 abroad will be celebrating Manav Ekta Divas the day by holding special congregations. Most of the countries outside India are also commemorate Commemoration the day on Sunday, April 22. At the same time, on April 24, the Sant Nirankari Charitable Foundation will organize Blood Donation Camps at 83 selected places.
The Mission organized its first Blood Donation Camp on the occasion of Annual Nirankari Sant Samagam in Delhi in November, 1986. Baba Hardev Singh Ji inaugurated the camp by donating his blood and saying that ‘blood should flow in veins and not in drains.’

Posted by tricitynews online at 04:29 No comments: 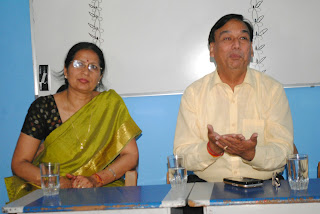 By Tricity News
Chandigarh 23rd April:- The management of CRB Public School denied any negligence on the behalf of school staff when a student of L.K.G class was unfortunately injured by getting her thumb pressed in the door (20th April) because of the windy storm that day.
The school management gave a statement about the immediate first aid given and then taking the child to the hospital as soon as possible.
The director of the school, Naveen Mittal told that the strong windy storm was there that day which slammed the door and unfortunately pressed the thumb of the girl standing near the door. The student was given the first aid in the school and taken to sector 16 hospitals.
He also told that there are CCTVs installed but there was no electricity on that day because of the storm. So no recording of that day is there. He strongly mentioned that the school takes care for the education and the well being of the students.
He said that immediately after students enters the gate of school, responsibility of school starts. School fully takes care of all the students. The school too gives lot of love and affection to its children. They are very much disturbed and upset with this incident.
Today’s press conference is to clarify the facts of the incident, how it happened and the trauma of the school also, so that no false allegations are made. They said they can better understand the pain of parents.

Posted by tricitynews online at 04:24 No comments:

By Tricity News
Chandigarh 23rd April:- In a bid to spread awareness on road safety, Renault, the number one European automotive brand in India, has initiated a National Road Safety Week in association with India’s apex automobile industry body SIAM-SAFE (Society of Indian Automobile Manufacturers-Society of Automotive Fitness and Environment) across the country from April23 – April 30. In line with this year’s theme of ‘SADAK SURAKSH-JEEVAN RAKSHA, Renault India will conduct road safety awareness campaigns in all Renault dealerships across the country. Renault has also organized car safety checkups and will offer discounts on safety parts, accessories and tyres to all its customers.
National Road Safety Week will focus on the importance and need to follow traffic rules, including traffic lights, speed limits, pedestrian crossing rules, and wearing seat-belts while driving a car, amongst others. Activities such as education programs for drivers, training workshops and modules aiming to increase road safety awareness among school children would also be a part of this road safety week. As a responsible corporate entity, Renault India is driving this initiative to emphasize and to highlight how by adopting simple rules people can curb the carnage and make the roads safer.
During this week-long initiative, Renault India’s network of dealerships across India will interact with customers to increase awareness on road safety, highlight the major causes for road accidents and the best ways to prevent them.  The activities include displaying safety banners, road signs, distribution of pamphlets related to road safety. The dealerships will also screen road safety films in their customer lounges and will also organize rallies to encourage more people to obey traffic rules.
During the National Road Safety Week, Renault India customers can avail up to15% discount on safety parts &accessories, get special offers on tyres, and get comprehensive safety car check-ups.
Over the last few years, Renault has focused on establishing a strong base in India. Together with a strong product offensive strategy led by KWID and the recently launched stylish SUV, CAPTUR, Renault has been continuously undertaking strategic measures across all key business dimensions, ranging from product, network expansion, pioneering customer oriented activities and several innovative marketing initiatives to ensure unmatched customer satisfaction. Posted by tricitynews online at 03:52 No comments: