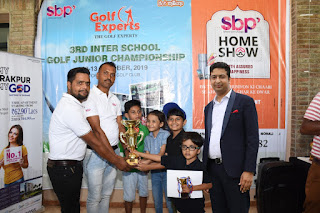 By Tricitynews
Chandigarh 15th October:- SBP Group and golf expert organised a two day long golf tournament at Forest Hill resort in which various renowned schools of Tricity took part. Players took part in this competition with great enthusiasm and impressed the attendees with their spectacular performance. Along with players and team, golf expert Mr. Surjit Mandal along with other experts were also present there.
The Gurukul team of Panchkula was the winner of the tournament. Whereas, the team of Delhi World Public School, Zirakpur, which gave a tough to the Gurukul team, was the first runner-up. ATS and Strawberry School teams were the second runners up. After the competition, the winners were awarded for their striking performance and were also encouraged to play in the golf competitions in future as well.
Mr. Raman Singla, Business Head and Vice President of SBP Group said that there is a lot of craze for golf in the city and through this competition SBP Group has given a platform to these players in which they can play golf and showcase their talent.
He further said that to motivate the players to stay fit, and we are taking forward the message of Fit India by the government. We will continue to organize golf competition in future also.
Posted by tricitynews online at 05:39 No comments:

By Tricitynews
Chandigarh 15th October:- On the 550th birth anniversary celebration of the first Guru of the Sikhs, Sri Guru Nanak Dev ji, a 'Anandpuri Jatha' starting from Sri Anandpur Sahib of 550 pilgrims shall visit Sri Kartarpur Sahib Gurudwara on 30th November.
This was informed here by Sodhi Vikram Singh, Managing Trustee of Anandpur Sahib Heritage Foundation, at a press conference at the Chandigarh Press Club.
Sodhi Vikram Singh who is a  direct descendant of Baba Suraj Mal, elder son of Sri Guru Hargobind Sahib Ji, that the pilgrims will be taken in 13 luxury coaches starting from Sri Anandpur Sahib, Chandigarh and Hoshiarpur, and shall meet at Derababa Nanak from where the pilgrims shall cross the border to pay obeisance at the holy Gurudwara Sri Kartarpur Sahib in Pakistan.
We are in touch with the authorities in India and Pakistan responsible for border crossing and transportation arrangements at the border for the pilgrims to travel to and from Sri Kartarpur Sahib gurudwara, though we are awaiting final approvals from the respective governments.
The travel arrangements are being organised by Ms Sartaj Lamba, a woman entrepreneur managing a travel company, AJ Travels, who would be providing the logistics support to the pilgrims under their programme "Reconnect Roots".
This would be a one day trip starting early morning and returning by evening, costing approximately Rs.2000-2500 per person plus US$20 which the Pakistan government would be charging as the entry fee.
The Jatha to Sri Kartarpur Sahib is being whole-heartedly supported by various national and international Sikh organizations and at the press conference those present included President Prof Sham Singh and Secretary Khushal Singh of Kendri Sri Guru Singh Sabha, Gurpreet Singh President of Global Sikh Council, Dr. Gurpreet Singh Sandhu of the Institute of Sikh Studies, and International Sikh Confederation, etc.
Sardar Gurreet Singh, President of the Global Sikh Council welcomed this great initiative and said that this is an initiative with one objective to propagate the universal teachings of Sri Guru Nanak.
Posted by tricitynews online at 05:32 No comments: 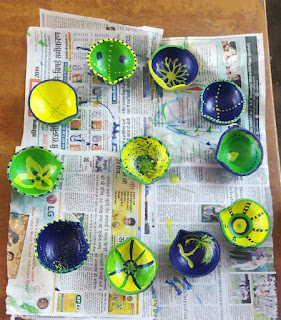 By Tricitynews
Chandigarh 15th October:- Rotaract Club Chandigarh Himalayan, a non profit organization, continuing with their sixth run of the yearly Project ‘Roshni’, under the Presidentship of Rtr. Tanvi Pirramba, visited the schools for special children. The Project aimed at providing some happiness to the ones with the purest hearts and celebrating Diwali in the most pious form.
The Project with the sole motive of making sure that Diwali is for all, is done by visiting the happy schools adopted under The "Happy School Project", and schools for special children throughout the tricity.
The Project tries to promote "Swadeshi Diwali", a Diwali with diyas all over that surely enhances the beauty and also an initiative to empower and uplift the potters who face a challenge in the market due to Chinese products. On its sixth run, Rtr. Muskan Sagar, the Superhead of the Event, visited Vatika school fpr deaf and dumb, Sector 19 and GRIID, Sector 31, Chandigarh accompanied by her team of event heads. The volunteers, starting with the interactions, organised a fun filled day for the children, that continued with the activities like diya painting, some exciting games and fun activities. The children unleashed their ‘inner picasso’ with a little help from the volunteers, who helped the children in painting the diyas with their creative ideas.The winners were awarded with chocolates at the end of the day.  Refreshments were also provided. The project not only spread happiness among the children, but also among the volunteers who took the initiative for the same.
Posted by tricitynews online at 05:29 No comments: 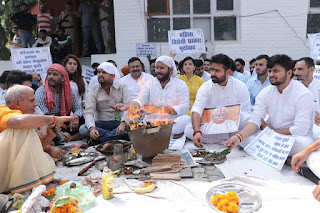 By Tricitynews
Chandigarh 15th October:- Castigating the Haryana Chief Minister for his shameful remarks, the National Students Union of India (NSUI) Punjab President Akshay Sharma on Tuesday demanded unconditional apology from Manohar Lal Khattar while warning the BJP that people will teach them a lesson in the forthcoming Assembly polls.
Speaking to the media on the sidelines of a Havan Yagya being performed by NSUI Punjab unit here to pray to God for blessing Khattar with some good sense, Akshay stated that the sheer arrogance of those who have ruined the country in last five years with their mindless policies will be served a lesson in these elections adding that shameful comments against Congress working president Sonia Gandhi Ji reflect their medieval mindset.
We are performing this Yagya so that God instils in him some sense of reason, Akshay said making categorically clear that nothing less than an unconditional apology from Khattar would do. The Havan Yagya was performed by NSUI and Congress cadre from Punjab and Haryana in the presence of national president Neeraj Kundan and national secretary-cum-Punjab incharge Satveer Chaudhary joined by scores of people from all walks of life.
Lashing out at BJP for the monumental financial mess, the NSUI leader said that the unemployment was wrecking havoc with lives of masses while BJP was singing songs of their fictional success.
The effects of colossal messing up of a robust economy would further impact the core sectors, Akshay pointed out saying that it was only Congress which could revive the sagging fortunes of the country.
Akshay further added that besides financial downturn, India was deliberately being led on a dark and uncertain path by the myopic and communal Modi regime which was deeply worrying for a secular and diverse society like India.
Posted by tricitynews online at 05:25 No comments:

By Tricitynews
Mohali 15th October:- As many as 50 members of Mohali Senior Citizens Association attend a ‘meet your doctors’ program at Shalby Hospital here on Tuesday.
During occasion Dr Naveen Mittal & Dr. Mohit Gupta  both ortho surgeon , Dr Amar Bhadari psychiatrist, Dr Harpreet Kaur, Dr.Vandana & Dr Shreyaans the gynecologists , Dr Namrata head of intensive care unit, Dr Sachin Bindal neuro surgeon, Dr Meetu Mehra deputy medical superintendent, Dr. Gurvinder Dheeraj from ENT, Dr Akash Garg  from internal medicine spoke about the recent development in their respective medical field.
Among others, Dr SS Gill, clinical head, Kuljeet Singh Bedi , councilor , Satpal Singh Gambhir and Vishal Mishra, CAO and Head Corporate Development respectively were also presented during occasion.
Talking about Zero technique in knee replacement , Dr Naveen Mittal said that the technique has many advantages including requirement of minimum surgical time. The surgery time required by zero technique is a just 8-10 minutes  thus it’s a truly revolution in the history of surgery.
He said further that it require minimum intake of drugs thus less consumption of painkiller and antibiotics leading to minimum drug-related side effects. There is not only less infection and side effects but also less blood loss. He shared further that being a painless procedure with minimum hospital stay, minimum exposure and quick healing, this procedure leads to less emotional and mental stress on both the patient and the family.
Talking about psychiatry problems in elder people , Dr Bhandari said that aged people are worst affected by various psychiatry disorders. 22 to 25 percent of aged people face psychiatry disorders which if remain unattended can in fact prove fatal.
The worst part is that majority of those suffering from psychiatry disorders fail to get timely and right treatment due to lack of knowledge, carelessness towards problem and stigma related to psychiatry. The lack of timely treatment also enhance suicidal tendency among those affected by psychiatry disorders, he maintained.
Posted by tricitynews online at 05:18 No comments: 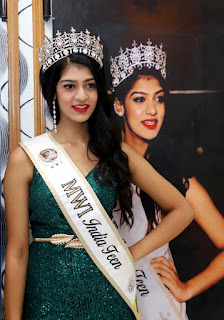