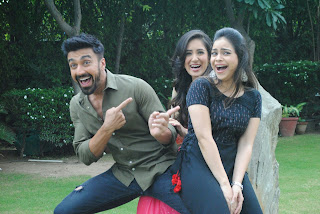 By Tricitynews Reporter
Chandigarh 02nd August:- He is Dev Burman – Recluse. Curious. And, a deductive genius. His inquisitive mind pries itself into unsolved mysteries, analysing situations and almost instantaneously decoding even the most vexing puzzles. Committed to offering distinctive content with widespread appeal, COLORS strengthens its weekend offerings with Dev: Most-wanted Detective or Wanted Criminal. Showcasing stories inspired from true life events, this fictionalized investigative thriller plunges viewers into the world of Dev Burman - a mystery solver who is an enigma in himself.  The 26 episodes, multi-layered series with its intricate, nail-biting plots will make you feel the emotions and anxiety that shroud Dev. While Ashish Chowdhry steps into the titular role, the show will also feature actors Sumona Chakravarti, Puja Banerjee and Amit Dolawat as pivotal characters.
To introduce Chandigarh to the show and highlight the fast-paced narrative, actors Ashish Chowdhry, Sumona Chakravarti and Puja Banerjee visited the city today. Produced by Peninsula Productions, Dev’s anthology of adventures will premiere on 5th August 2017 and air every Saturday and Sunday at 10:00 PM on COLORS.
Dev: Most-wanted Detective or Wanted Criminal places detective Dev Burman in the middle of emotional upheavals and covert circumstances. Fighting inner-demons borne out of his wife Mahek’s (Puja Banerjee) untimely demise, Dev is living as a recluse with a cat Madhubala whom his wife had rescued from under his car. He works closely with Inspector Narvekar (Amit Dolawat) who is convinced that Dev is the mastermind behind his wife’s death. As he struggles to return to normalcy, Devfosters a strong bond with his landlady Zohra Aapa (Joyshree Arora) as she cares for him, almost like a mother. But, it is his encounter with fiery Meera Banerjee (Sumona Chakravarti) which forces him to look at life anew, exploring many untapped emotions; their push and pull antagonism making for appealing entertainment avenues.
Essaying the title role, actor Ashish Chowdhry aka Dev Burman said that Dev is, by far, the most exceptional character that he has come across. He’s sharp, quick-witted and blatant, rude yet emotional, outspoken yet mysterious; bringing a unique perspective to his personality and every challenge he faces. But he’s also your typical man in some ways. He has loved and lost, and lives in the shadow of his past. It’s the varied layers to his personality which attracted me to the show. He is really excited to be in Chandigarh today as he starts his new innings on television. The city has always been welcoming and he is looking forward to interacting with his fans and well-wishers.
Adding further, actor Puja Banerjee aka Mahek that as Dev’s wife, Mahek will fill his life with many colours; she is his one great love. But her death takes a toll on Dev’s life and thought process; it makes him dark and sarcastic. She is truly overwhelmed by Chandigarh’s warmth and culture. Today, she is especially looking forward to interacting with our loving fans and sharing our experiences with them.
Actor Sumona Chakravarti aka Meera said that Dev’s apprentice-cum-confidant, Meera is a professional psychic with the ability to converse with dead people. She is a strong single mother, who has left behind the horrors of her failed marriage to create a better life for herself. This is her second visit in Chandigarh and she is looking forward to having a wonderful time here. She hope that she get a chance to taste all the yummy food that Chandigarh is famous for and pack some for her family as well.
Along with Ashish Chowdhry as the titular character, Dev: Most-wanted Detective or Wanted Criminal will feature an ensemble cast including actors Puja Banerjee as Mahek Bhasin Burman, Sumona Chakravarti as Meera Banerjee, Amit Dolawat as Inspector Amod Narvekar, and Joyshree Arora as Zohra Appa amongst many others.
To promote Dev, COLORS has devised a 360-degree integrated marketing campaign involving ATL and BTL activities involving mediums such as print, television, cinema, radio, OOH, etc. An elaborate digital plan has also been designed which increases direct audience engagement on social media platforms like Facebook, Twitter and Instagram amongst others.
Posted by tricitynews online at 05:47 No comments: 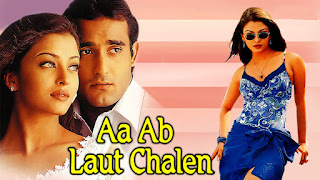 By Tricitynews Reporter
Chandigarh 02nd August:- Romance has been Bollwyood’s favorite genre. With beautiful locales, fascinating storyline and soothing music, love stories always find a way to the audience. Zee Classic, with its brand proposition of ‘Who Zamaana Kare Deewana’, brings one such romantic drama ‘Aa Ab Laut Chalen’ on Friday, 4th August at 6:30 PM.
Aa Ab Laut Chalen was the last film of R.K. Productions, directed by Rishi Kapoor. Starring the beauty queen Aishwarya Rai and the talented Akshaye Khanna, the film has an envious ensemble of Rajesh Khanna, Suman Ranganathan, Moushumi Chatterjee, Kader Khan, Paresh Rawal, Satish Kaushik, Jaspal Bhatti, Himani Shivpuriand Alok Nath.
Rohan(Akshaye Khanna), a young Indian shifts to USA to make a living. His new found friends Sardar Khan (Kader Khan) and Iqbal Singh (Jaspal Bhatti) help him get a job and settle down in foreign land.  Rohan meets Pooja (Aishwarya Rai), who is looking for a refuge away from her brother’s house. Pooja develops strong feeling for Rohan but he shows interest in Loveleen (Suman Ranganathan), only to lose his friends with his arrogance. Dejected, Pooja takes up the job of an assistant for Balraj Khanna (Rajesh Khanna) and becomes a part of his family. What follows next changes their lives forever.
Posted by tricitynews online at 05:33 No comments: 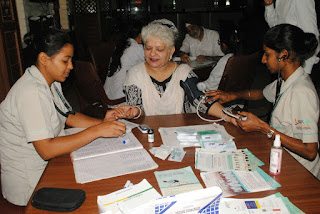 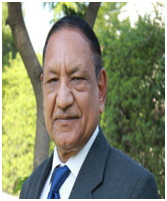 By Tricitynews Reporter
Chandigarh 02nd August:- SPEAK India (Society for Promotion of Ethical & Affordable Health Care) is holding a painting competition on August 4 from 10 am to 12 noon, among school students of the city to bring awareness about healthy lifestyle among the citizenry of tricity. The venue for the event will be Sarvhitkari School, Sector 40. The prizes in various categories will be given on August 5.
According to Dr. R.Kumar President of the society, SPEAK has chalked out a series of art and cultural events and to involve the youth in a big way in its ‘selling health through education’ campaign. Recently the society had organized several street plays at Plaza in Sector 17 and at Sukhna Lake. Future events include one act play competition, Kavi Sammelan, Ethical health walk, debates and yoga competition.
Dr. R.Kumar  added that the activities including the painting competition hope to emphasize the role of fruits and vegetables in the foods, regular exercises, plenty of water intake, adequate sleep, and ethics in every aspect of life. It will also caution about the junk foods, avoidable use of medicines and tests. The consultation of a doctor, use of medicines or surgery should not be a habit-it should be last resort.
Posted by tricitynews online at 05:10 No comments: 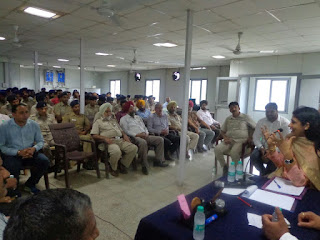 By Tricitynews Reporter
Chandigarh 02nd August:- Chandigarh Police in association with GMCH-32 and Police Hospital Sector-26 organized a medical awareness camp at IRB Complex Sarangpur to aware the Police Officials about the symptoms of seasonal diseases i.e. Dengue, Chickengunia, Malaria and Swine flu etc. and briefed about the prevention and protection.
Dr Palak Garg of GMCH-16 and Dr. Jaya J Batis were also present in the medical team.  Roshan Lal, Commandant,  IRBn along 300 officials of  IRBn attended the camp.
The officials were advised to take proper precautions to avoid infection, apply soap to wash hands properly and to avoid water logging etc.

Posted by tricitynews online at 05:05 No comments: 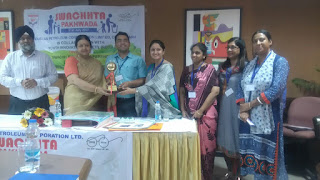 By Tricitynews Reporter
Chandigarh 02nd August:- St. Joseph’s Sr. Sec. School, Sector 44-D, Chandigarh has the singular privilege of bagging the First Position in the ‘Swachh Vidyalaya’ Competition organized by an NGO named Youth Innovative Society, Chandigarh. Many government and private schools participated in this competition but it was St. Joseph’s who aced this race for success.
During ‘One Day Swachh Bharat Mission Conference’ held at UT guest house, the top three winners of best entry submission of a ‘Record of Activities’ done under the Swachh Bharat Campaign were felicitated.
The Chief Guest of the Conference was the Mayor Asha Kumari Jaswal of the Municipal Corporation, Chandigarh. Mayor conferred the Trophy and Badge upon Monica Chawla, Principal of St. Joseph’s School. It was truly a glorious moment for everyone and Principal Monica Chawla was delighted to share the award with Jyothi, Jaya & Vandana who played vital role in making this campaign a success at school.
The innovative activities and creative art work contributed to the presentation of the report which therefore received much praise from both the Mayor as well as the other participants at the conference.
Posted by tricitynews online at 05:00 No comments:

By Tricitynews Reporter
Chandigarh 02nd August:- Everyone has to take their own path to success, and it feels great to hear from those who have achieved similar goals to what you're setting out for.
The duo, Honii Sandhu and Babi Grewal is ready to bring their latest collection under one stop destination called “Honii B”. 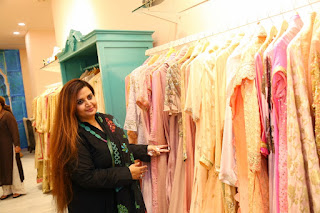 Blessed with a distinctive aesthetic sense and a unique style, Chandigarh City Based Honii Sandhu, has made a mark in the field of fashion. Her enviable artistic and finesse creations lends an exquisite flavor to interiors and wedding trousseau. She is a qualified interior designer and her designs have not only graced a number of homes, but her creations have also given definition to the clothes of the elite of India and various countries the world over. The elegance and class that accompanies her signature style has been extended to planning weddings as well have been a huge success. When asked about her clothing, she said that fashion has always been a repetition of ideas, but what makes it new is the way you put it together.


We will know Babi Grewal who is into this fashion industry from last 27years which is a remarkable time to have been spent in the industry and designing clothes for everyone from common to celebrities like Neeru Bajwa, Teena Deol (Bobby Deol’s Wife), Supriya Pathak, Dolly Guleria and Sargun Mehta too. She designs the stuff and apparels more on traditional but not modern themes and the exclusivity lies in bridal wear with lots n lots of designs, motifs on a good and fine clothing material too. When asked about the fashion industry, Babi said that fashion is not necessarily about labels, not about brands too, it’s about something else that comes from within you. 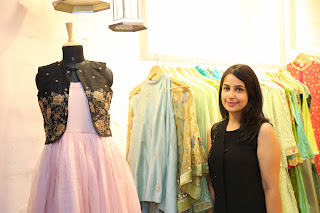 Both Babi and Honii are enthusiastic to have started the work together and are expecting a lot from this association. They are now coming up with a new Pret Line at very affordable prices.
Posted by tricitynews online at 04:56 No comments:

By Tricitynews Reporter
Chandigarh 02nd August:- The general public/residents of Chandigarh has been informed that the office of Registering & Licensing Authority, U.T., Chandigarh has started the online appointment system for the registration of vehicles and issuance of driving license in main office of Registering & Licensing Authority, Sector-17, Chandigarh. The applicant can login to the official website i.e. www.chdtransport.gov.in for getting an appointment or can book online appointment through Chandigarh Helpline Number (1860-180-2067).
Posted by tricitynews online at 04:48 No comments: