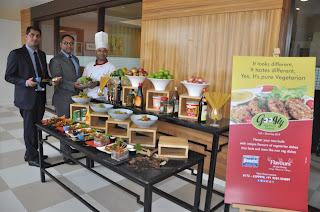 By Tricitynews
Chandigarh 12th September:- For all those vegetarians who always found options limited, while eating out compared to their non veg counterparts, and who probably also thought that non veg food was tastier vis-a-vis veg food, there is reason to cheer. A one-of-a-kind food festival - ‘Googly Veg Food Festival’, has kick started at Hometel Hotel, Industrial Area Phase I here. The festival which is a vegetarian’s paradise will be on from September 13 till September 22, in a buffet setting, from 7:30 pm till 11 pm, at ‘Flavours All Day Dining’ restaurant housed in Hometel. The fiesta has on offer some very interesting veg offerings cooked & presented in non veg style, there’s even veg chilly chiken!
Nabendu Acharjee, GM, Hometel said that the food festival has been innovatively named and conceived by our Executive Chef Bidesh Biswas. Googly means a ball in cricket which one expects to be a leg spinner but actually turns out to be an off spin ball. The googly here is the food as it is not what you would initially expect it to be. The names of dishes and even their taste give them a non -vegetarian appeal. What’s more, their presentation gives them a non-vegetarian look. However, actually everything is pure vegetarian and we have not even used egg in the recipes.
The announcement of the not so usual food festival was made by Nabendu and Bidesh Biswas, Executive Chef, Hometel, during an exclusive preview of the fiesta, held for media at the hotel's premises.
As soon you step into the food fiesta you will witness an endless variety of vegetarian dishes- named and cooked in non veg style. Two live counters have been established to tickle your palette. One live counter at the food festival is displaying the preparation of ‘Akbari Tawa Champ Masala’ & ‘Malai Champ Rolls’ in snacks. Here, there are a bevy of options for those who want to taste vegetarian delights of a different ilk. In starters there is Veg Gilafi Kebab, Veg Fish Finger and even Veg Chilly Chicken. The main course includes Prawn Malai Curry (Veg), Veg Grilled Fillet with lemon butter sauce , Slice Soya Champ & hot garlic sauce etc. The other counter offers delicacies in snacks like Irani Soya Tikki and Soya Nuggets. The main course here is Veg Prawn Masaledar, Soya Kali Mirch and even Veg Duck in hot garlic sauce among others.
Speaking on the occasion, Bidesh Biswas said that te are the first ones in North India to have introduced this type of an eating concept. Keeping the vegetarians in mind we have developed this unusual genre of cuisine and all the dishes have a base of soya and vegetables. Soya as a base is used as it is purely veg and definite shapes can be given to it to make it akin in looks to non veg offerings. What’s more, it has got the same proteins as non-veg food & the way we have used condiments & ingredients, it also gives an aroma & taste somewhat identical to non veg food.
In soups, the festival is presenting delectable ones like Tomato Cappuccino, Noodles & Mint Soup etc. The dessert section is quite holistic. Malai Champ, Angoori Rasmalai, Balu Shai, Chena Toast, Gheber Malai, Mawa Roll are on offer among others.
Posted by tricitynews online at 06:28 No comments:

By Tricitynews
Chandigarh 12th September:- Mahindra & Mahindra Ltd (M&M Ltd), part of the USD 20.7 billion Mahindra Group, today announced the introduction of an innovative subscription-based initiative, in partnership with Revv, for retail customers. This unique, flexible ownership experience for customers of Mahindra’s personal range of vehicles is an all new way of using a brand new vehicle, without actually having to buy or own one.
The consumer can visit https://www.mahindrasyouv.com/mahindra-subscription or www.revv.co.in/mahindra-subscription and select from a range of Mahindra vehicles that are part of this subscription offering.
With this launch, Mahindra has made the ownership experience of its vehicles more flexible, affordable and convenient. The offer begins at an extremely attractive subscription price starting from Rs. 19,720 per month, inclusive of insurance and routine maintenance charges.
According to Veejay Ram Nakra, Chief of Sales and Marketing, Automotive Division, Mahindra & Mahindra Ltd. Said that we are delighted to introduce an all new subscription model for retail customers of our personal vehicles. With this flexible, highly affordable offering, we hope to help our customers fulfil their aspiration of driving their desired vehicles without necessarily owning them. This in turn will also attract a whole new set of customers to brand Mahindra. It also aligns with our larger vision of transforming the face of mobility in India.
The benefits of subscription to the customers include complete convenience, zero down payments, no road tax, zero risk on the resale value of the vehicle, and a fixed amount that includes routine maintenance costs. Most importantly one has the flexibility to change the vehicle model after a certain minimum subscription period.
This subscription model makes it easier for customers to get their vehicle with no initial down payment and customers also have the flexibility to upgrade their models from time to time. In fact, once the subscription period is over, the person can return the vehicle to the company without the hassle of selling it, and get a new vehicle.
Posted by tricitynews online at 06:21 No comments: 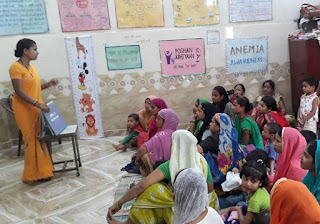 By Tricitynews
New Delhi 12th September:- There is a clear demarcation between social classes in India and nowhere is it more evident than in the nutritional landscape. Amway India’s ‘Power of 5’ program, launched in 2018 revealed that in India every second underprivileged child below five years of age could be affected by malnutrition.
Amway launched its globally successful community-based program ‘Power of 5’ as a pilot in India in collaboration with MAMTA Health Institute for Mother and Child. The program was targeted at the mothers and caregivers of children under the age of 5 years and aimed to improve the nutritional knowledge and practices inclusive of complementary feeding, hygiene practices, growth monitoring and dietary diversity through extensive educational interventions.
In its pilot phase, the program was launched in Kirari, an urban slum and resettlement colony of North West Delhi. Over 9700 children were surveyed under the age of five years and come across that most of the children were grappling with huge nutritional gap with 17% children wasted, 31% underweight and 46% stunted. Out of 9700 children, 1700 were wasted and were identified for further monitoring through the entire course of the program. The results at the end of the campaign were startling and at the same time encouraging highlighting that number of children in the Wasted category dropped from 1700 to 328 (79% drop), in the Underweight category dropped from 1236 to 455 (44% drop) and in the Stunted category dropped from 750 to 484 (14% drop).
Anshu Budhraja, CEO, Amway India, said that the malnutrition scenario in our country is in a precarious situation with 31% of the total 150.8 million stunted children in the world and half of all 'wasted' children across the globe.1. At Amway India, we are committed to use our vast global experience in nutrition and wellness to contribute to the Government of India’s National Nutrition Mission to raise the nutrition levels in the country.
Anshu Budhraja said that our community-based nutritional education intervention to mother also shows that a simple, yet extensive outreach is the way to improve the nutritional status of under-five children. The first-year result of the ‘Power of 5’ campaign is quite promising, and we intend to take this program forward on a much larger scale ultimately making an impact in the lives of as many mothers and children as possible. He added that while continuing to do community work in the identified area of nutrition, we have plans to replicate the same in other states across the country.
Posted by tricitynews online at 06:16 No comments: 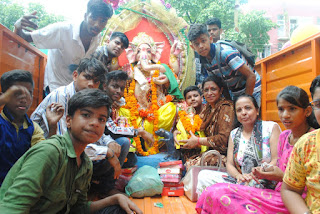 By Tricitynews
Ludhiana 12th September:- The Nobel Prize Series India 2019 which was held at Punjab Agricultural University, Ludhiana on Thursday, highlighted the issues related to teaching and learning.
During occasion, Serge Haroche, 2012 Physics Nobel Prize winner accompanied by Juleen Zierath, professor of clinical integrative physiology and a member of the Nobel Committee at Karolinska institute in Sweden interacted and took part in round table discussions with students and researchers.
Serge Haroche spoke about how basic and applied science nurture each other.
Juleen Zierath shared her reflections on how the work of selecting the Nobel Laureates is being conducted.
Later addressing media, Laura Sprechmann, CEO of Nobel Media said that The Nobel Prize Series inspires people to seek knowledge, ask questions and contribute to improving the world by sharing achievements and stories of Nobel Laureates with a global audience, the programme encourages engagement in science, literature and peace in line with Alfred Nobel’s vision.
Dr. Renu Swarup, Secretary, Department of Biotechnology said that PAU is an institution that has revolutionised agriculture and food security in India. The scholars, teachers and scientists participating in the Nobel Prize Series are at the forefront of India's research efforts on agriculture, water and climate action. I'm positive that this multi-disciplinary dialogue will bolster their efforts further.
Dr BS Dhillon, PAU VC stated that the Nobel Prize Series 2019 events offered a unique opportunity to students, scholars and scientists in the region to listen to and interact with the Nobel laureates. The inspirational spark such events generate would motivate our youth to achieve excellence in science. We are thankful to Department of Biotechnology, Govt of India and Punjab Govt for supporting this special event.
Meanwhile the Series is a multi-disciplinary forum featuring an exhibition, seminar, lectures, roundtables and other interactive dialogue. The theme for this year’s programme was teaching and learning. Education is the fundamental pillar of stable democracies, human well-being and sustainable societies. It’s through teaching and learning that citizens become actively engaged in the quest for understanding ourselves and our universe.
It was organized by Nobel Media in cooperation with Department of Biotechnology (DBT), Ministry of Science and Technology and the government of Punjab with the kind support of Nobel International Partners 3M, ABB, Ericsson, Scania and Volvo Cars. Supporting partner was Mehta Family Foundation. The supporting host institutions in India were National Agri-Food Biotechnology Institute (NABI) , Mohali and PAU.
Posted by tricitynews online at 05:57 No comments: 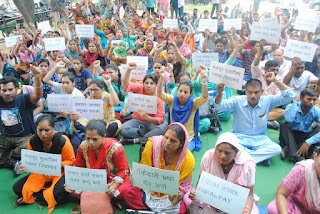