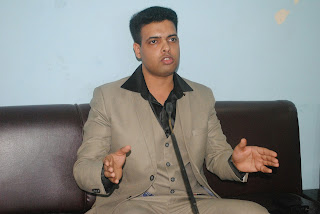 Posted by tricitynews online at 04:16 No comments: 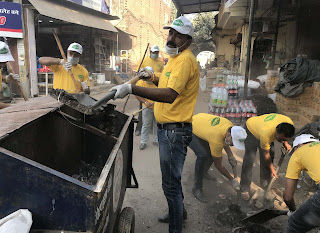 By Tricitynews
Nawanshahar 10th November:- Taking ahead the legacy and responding to the Nation’s call , Mandi Merchant’s Kiryana Association of Nawanshahr carried out massive cleanliness drive today at Old Grain Market. The Abhiyyan was organized under the aegis of Mandi Merchant’s Kiryana Association of Nawanshahr and this initiative was supported by Bunge India, manufacturers of Dalda Refined Oils and Dalda Vanaspati Ghee. Present on the occasion were entire sales team of Dalda from entire Punjab & Senior functionaries of association & Rajat Arora from M/s Lekh Raj & Brothers Distributors for Bunge India here at Nawanshahr.
Speaking on the occasion Devinder Sharma, Sales Manager, Bunge India said that the company has been organizing such initiatives under its CSR program and Grain Market / Wholesale Market areas have already been covered at places like Chandigarh, Jalandhar, Amritsar, Ludhiana, Bathinda, Karnal, Hisar, Sonepat, Panipat, Yamunanagar, Ambala City & Ambala Cantt. In future too Bunge India will continue to associate with various market associations in the cities to do similar activities. He added that the Clean India campaign is inspired by our patriotism & everyone should ensure  to participate, if each of us in our own conduct, include hygiene, then only a city, but also the district, state, country will be easy to clean.
More than 100 people participated in the drive. Members of the association took the pledge to keep Market clean and green, more than 30 carts of garbage were disposed off. It was decided to carry out sanitation surveys from time to time. A Panel Discussion on Environment and Swachhata March / Rally and a plethora of co-curricular activities were organized to mark the occasion. Many key decisions were taken to keep this mission going in order to give market a complete clean look and make it a habit.

Posted by tricitynews online at 04:12 No comments: 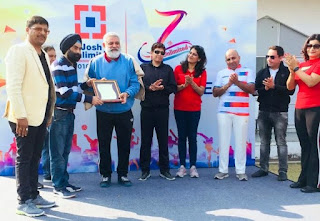 Posted by tricitynews online at 04:05 No comments: 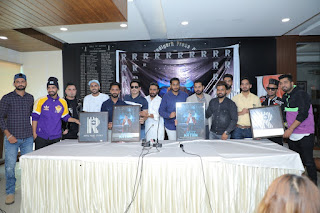 By Tricitynews
Chandigarh 10th November:- Ripple Music Studios proudly presents its first Music Album 'Jatt Nation' of Singer Jass Bajwa.  Recently the teaser of the album 'Jatt Nation' was released for striking the audience which has really got an overwhelming response from the audience.
Jass Bajwa is much sought after singer in the Punjabi industry. This is the fourth album of Jass Bajwa after ‘ Chakvi Mandeer’, ‘Jatt Sauda’ and ‘Urban Zimidar’. Besides landing vocals, Jass Bajwa has also worked on the Lyrics of the album. Other Lyrists who have penned tracks in the Album are Laali Mundi, Kaptaan, Vicky Dhaliwal, Preet Judge, and Sidhu Sarabjeet.
Music of song Jatt Nation by singer Jass Bajwa is given by Dr Zeus and Gupz Sehra. Loaded with 9 songs, the album is releasing today on 10 November 2018 by 5 PM.
Album Presentation is done by Gurpreet Khetla while the album is produced by Harman Buttar and Sabi Samana. Gold Media is in charge of all online promotions. SC Creation has done marvelous photography while Poster Design is done by Aman Kalsi. This album is releasing under the label of Ripple Music Studios
On the day of album release, the special guests who have come to show support are Sukh e Muzical Doctor, Nishawn Bhullar, Sarthi k, Gurjaz, B jay Randhawa, Maninder Buttar, Kulbir Jhinjer, Arvinder Khaira, Jaani, Guri and B Praak.
Posted by tricitynews online at 03:58 No comments: 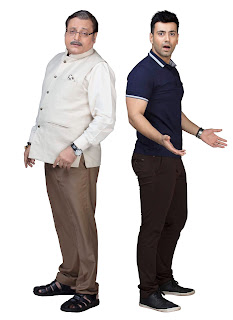 By Tricitynews
Chandigarh 10th November:- Karanvir Sharma, who has recently been raking in the praise and rising in popularity for his roles in different web series, opens up about his off-screen relationship with veteran Bollywood and Television actor Manoj Joshi as since they have been shooting together for Sony SAB’s upcoming daily soap ‘Mangalam Dangalam – Kabhi Pyaar Kabhi Vaar'.
In the show, Karanvir Sharma will portray the role of a young man who will stop at nothing to woo his prospective father in law (Manoj Joshi), trying every trick in the book to convince the older man that he is best suited man to marry his beloved daughter.  The show highlights the dynamics of the relationship between a son in law and his prospective father in law with a ‘tadka’ of quirkiness to it.
When asked about his relationship with Manoj Joshi, off-screen, Karanvir mentioned that he did not know anyone personally when they initially started shooting for the show. He went on to narrate his first impression of Manoj Joshi, said that when he first met Manoj Joshi, he found him to be a serious person, maybe because he did not want him to get too comfortable since he is playing the ‘Sasur’ in the show. However, now that we have opened up, he is like a father figure, and he keep taking his advice all the time while shooting together. He also described Manoj Joshi to be a person who is young at heart.
Karanvir’s character, Arjun Kutty, is an ethical and sophisticated South Indian boy who does not believe in stereotypes. He, undoubtedly, impresses everyone with his wit and intelligence and is an ideal ‘boy next door’ image.

Posted by tricitynews online at 03:49 No comments: 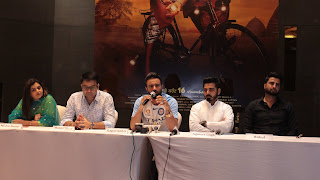 By Tricitynews
Chandigarh 10th November:- Based on a unique theme of how during the 1960s, people in Punjab's villages regarded having "electricity" as a measure of someone's social status, and how even matrimonial alliances were based on this famous Benjamin Franklin's invention, LAATU is an upcoming Punjabi film helmed by Manav Shah and bankrolled by Jagmeet Singh. The film is a presentation of Farid Entertainment and New Era Movies. The films stars Gagan Kokri and Aditi Sharma in the lead along with Karamjit Anmol, Anita Devgan, Sardar Sohi, Ashish Duggal, Hardip Gill, Harby Sangha, Rahul Jungral, Nisha Bano, Prince Kanwaljit Singh, Parkash Gadhu and Malkit Rauni.
Besides its unique theme and fabulous trailer LAATU is in the news since the first day of its announcement due to Gagan Kokri popular Punjabi singer who’s making his acting debut with this film. Starring opposite him as the female lead is the gorgeous Aditi Sharma, who’s known for her impeccable performances in films like Angrej, Golak Bugni Bank Te Batua and Subedar Joginder Singh recently.
Written by Dheeraj Rattan, Laatu is a story a guy who for marrying the girl he falls for, resolves to bring electricity to his village within three months. As if his struggles and troubles weren’t enough, to amplify his woes comes another man who falls for his girl. The man is none other than an officer from the electricity department. What happens next, will be unveiled once the movie hits the theatres on 16th November.
Speaking about his acting debut, Gagan Kokri said that he has always wanted to work with great friend and extremely talented director like Manav Shah. So, when this script was narrated to him, he knew at once that he would work on it. Not only did he find the story truly amazing but the entire team, which worked on bringing this story alive, equally amazing too.
When asked about the plot around which the film revolves, replied the producer Jagmeet Singh Grewal that LAATU is basically a satirical take on a battle of a common man against government and its employees who were unwilling to work for the betterment and welfare of society during the 1960s era in Punjab.
Adding to that, Manav Shah the Director said that from the panchayat to the employees in electricity department to a common man, Laatu aims at showcasing as to how the lack of electricity affected the everyday life of people in that era, and how even some of the most powerful people were reluctant to work for the revolution in the village due to their orthodox beliefs and superstitions.
Speaking to the press about her role, Aditi Sharma said that she play a simple village girl who though is in love yet sensible enough to care for her father’s feelings. It’s a very sweet role which I thoroughly loved playing on screen.
The music of the film has been composed by renowned and famous Music Director Jatinder Shah. There are six songs in the film for which the lyrics have been penned down by Maninder Kailey, Deep Arraich, Happy Raikoti and Happy Mansoordeva. We will hear the soulful and melodious voices of Nachhattar Gill, Gulrez Aklhtar, Happy Raikoti, Karamjit Anmol, Kamal Khan and Gagan Kokri.

Posted by tricitynews online at 03:43 No comments: