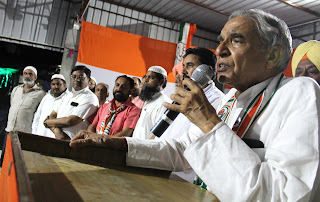 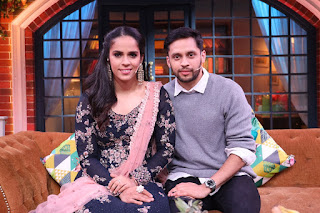 By Tricitynews
Chandigarh 15th May:- Sony Entertainment Television’s The Kapil Sharma Show is all ready to give its viewers a sporty treat this weekend with two famous badminton players coming in as guests. Saina Nehwal and Parupalli Kashyap, the celebrated badminton couple graced the sets with their presence thoroughly enjoyed themselves with Kapil’s jokes. The husband-wife duo gave interesting insights on the sport, their career and also on their personal lives.
As the show progressed, Kashyap revealed that Saina is a die-hard Bollywood fan and is stubborn enough to watch each of the Bollywood films. Which also means that she ensures that Kashyap tags along to watch every movie with her?  Thus, every new Bollywood release leads to silly fights between the husband and wife duo. Kashyap then mentioned that DDLJ is Sania’s all-time favourite movie and she can never get tired of watching Shahrukh Kahn call out to his Senorita a thousand times. He added that Saina is crazy about Bollywood and never fails to watch any latest release. She is always ready to go and watch a movie at any time of the day. A person, like me actually gets bored having to go to theatres with her week on week and also binge movies on television channels daily. He further elaborated that Kajol and Alia are Saina’s favourite actresses from Bollywood.
When Kapil asked them to share the kinds of fights that they have Kashyap playfully taunted Saina by saying that she can write a best-selling book on 1000 silly reasons to fight.
On the show, Saina revealed that she has a huge fondness for The Kapil Sharma Show and watches the show to relax and entertain herself. There are times when she watches the show with her entire team, before practice sessions which helps boosts everyone in the team.

Posted by tricitynews online at 05:09 No comments: 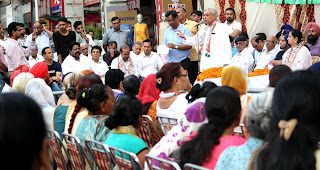 Posted by tricitynews online at 04:56 No comments: