By Tricitynews Reporter
Chandigarh 18th July:- Infosys recently launched its 10th Sustainability Report highlighting the various responsible business practices undertaken by the company across economic, social and environmental parameters, in accordance with the Global Reporting initiative G4 (comprehensive) guidelines. In line with its sustainability policy, Infosys has focused its efforts on enhancing environmental performance by improving energy efficiency, becoming water sustainable, minimizing waste-to-landfills, increasing the use of renewable energy, reducing carbon footprint and contribution to biodiversity.
Some of the key initiatives that were undertaken at its Chandigarh campus are as follows:
·         Energy: Infosys has implemented smart parking management in its Chandigarh campus to reduce the numbers of cars congesting the streets and the emission caused.
·         Renewable Energy: In order to reduce carbon footprint, Infosys has invested in various energy efficiency measures including lighting, UPS, building management systems, smart retrofit programs across various campuses, including Chandigarh. The company also installed 15.2 MW solar capacities (rooftop + ground-mount) across India since 2009. Chandigarh contributes 202 (kW) of installed capacity.
·        Food waste Management: To address waste management in an integrated manner, the company has 3.1 TPD installed capacity of composting plants in different campuses including Chandigarh.


Moving into the new fiscal, the company will continue to innovate and nurture new ideas that have the potential to tackle the environmental challenges of today and the future.
Posted by tricitynews online at 06:17 No comments: 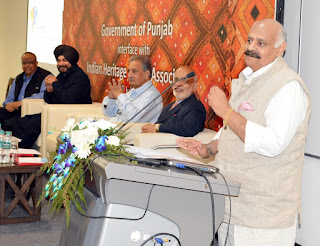 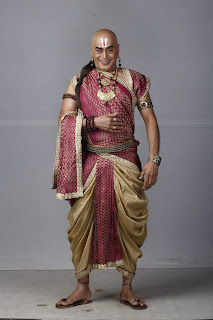 By Tricitynews Reporter
Chandigarh 18th July:- Veteran actor Pankaj Berry is playing a very interesting role of Tathacharya in Sony SAB’s recently launched Tenali Rama. Tathacharya is the royal priest in the court room of King Krishnadevraya. Tathacharya is a cunning, greedy man, and the biggest enemy of Tenali Rama. He is the biggest hater of Tenali Rama and his only motive is to throw him out from the King’s court. He does not leave a chance when it comes to mislead Tenali. Tenali Rama is always successful in outdoing Tathacharya with his intelligence, which leaves Tathacharya fuming. In a brief conversation with Pankaj Berry aka Tathacharya from Tenali Rama.
According to the Pankaj Berry, he has done Mahabharat before. Recently he did Peshwa Bajirao. He has done historic shows before but Tenali Rama is the first folklore series of his life.
Pankaj Berry said that his character in Tenali Rama is very interesting and challenging. He plays the role of Tattacharya who is Tenali’s rival. Tenali Rama is a show which all generations can connect. Tattacharya character is multi-dimensional. Though his character is on darker side but there are so many variations. That is why he chooses this role.
Pankaj Berry further shared that as an actor we have to play a character rather than look for a medium. The only difference is technicalities otherwise rest all remains same. And speaking in terms of acting, films will go into minute details of acting whereas television industry needs loud reaction. So all medium needs their own skills.
While talking about his relation with Tenali Rama in the serial Pankaj Berry said that his equation with Tenali is exactly of what an antagonist and protagonist of the show needs to have. When Tenali tries to solve problem and Tattacharaya brings all kind of hurdles in his way. Tenali’s only enemy in the show is Tattacharya. It’s kind of a Tom and Jerry relationship.
Posted by tricitynews online at 06:02 No comments:

By Tricitynews Reporter
Chandigarh 18th July:- Deptt. of Science & Technology & Renewable Energy, had established a State Level Energy Park at Botanical Garden Sarangpur for creating awareness among citizens/students regarding various forms of Energy and related concepts. Hitherto, the park was open for general public for 6 days (Mon to Sat) with a weekly off on Sunday.


Considering that the footfall at the park is more on the Sunday (being a holiday for all) it has been decided that henceforth the Energy Park, Chandigarh will remain open for visitors on Sundays and a weekly off shall be observed during Tuesdays.
Posted by tricitynews online at 05:53 No comments:

By Tricitynews Reporter
Chandigarh 18th July:- After the success of 1st scholarship Mela and on the demand of students, Aryans group of Colleges, Chandigarh is organizing 2nd Scholarship Mela. The Mela would be held on 29th July at PHD Chamber, Sec-31, Chandigarh.
Interested students can apply directly on Aryans website www.aryans.edu.in or can give a missed call on Tollfree helpline No 1800-3000-0388 or may submit their registration form in Aryans Campus situated on Chandigarh-Patiala Highway, Rajpura, Near Chandigarh.
Dr. Anshu Kataria, Chairman, Aryans Group while giving more information said that in this scheme another 100 students would be selected under scholarship on merit cum means basis in which 50% scholarship will be provided by Aryans and rest 50% will be financed in the shape of education loan.
Students can avail the scholarship benefits in the courses as B.Tech (1.80 Lacs), Diploma (45,000), MBA (90,000); B.Sc(Agri)(40,000), BBA/BCA (40,000), B.Com (23,000), BA-LL.B (20,000), LL.B (20,000), B.Ed (20,000), GNM (15,000), ANM (10,000), MA (Education) (15,000), BA (5000) etc.
The scholarship would help those students who have marks but no means. It would help to empower underprivileged youth of the Nation through relevant and technical education, innovative ideas and market-focused livelihood programmes at Aryans.

Posted by tricitynews online at 05:47 No comments: 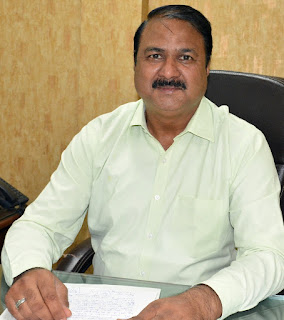