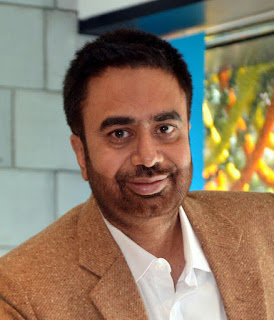 By Tricitynews Reporter
Chandigarh 17th October:- KS Bhatia Founder & CEO of Pumpkart.com a well known start up which has established itself quite well in the Industry, has welcomed Punjab Government's  decision of announcing a Rs 100 crores fund for start Up's in the State.
KS Bhatia said that this step taken by Chief Minister Amarinder Singh and finance Minister Manpreet Singh Badal  will help in creating huge job opportunities in the state.
KS Bhatia who is also Convenor, Punjab state Council for Start Ups, CII appealed to the state government that startups should be given GST incentives for next 5 years. He said that start Ups in Punjab should get support from the government on other initiatives as well such as free Plug-and-Play facilities. State government should also honor innovative startups. He appeals to the corporates from the state to come ahead and support the startups.
KS Bhatia further added that if we talk about Flipkart, Ola and Zomato, their founders are from the region of Punjab. They have invested in more than 50 startups but none of them has invested in the state startups, because Startup Ecosystem is not developed in Punjab.  Government should take the initiative and include them in allocating the funds that are announced. By bringing these renowned companies will help in creating a start up ecosystem in Punjab.
KS Bhatia also gave the example of Karnataka, in which he explained that Google will provide $3000 worth of cloud credits for the startups that are registered in startup cell and the 100 Startups that are selected by Karnataka will be provided with $20,000 cloud credits. Same was being done with Amazon as they are also providing the same system in Karnataka. Karnataka's example can be emulated by Punjab. KS Bhatia has appealed to Punjab Government to setup a Startup University in Mohali.
In order to make the state grow every industry, State sponsors, State Associations and state government should join hands together to make this a technology driven state, concluded Bhatia.
Posted by tricitynews online at 04:57 No comments: 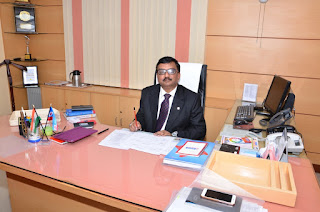 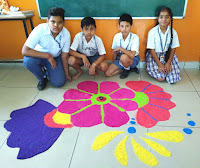 By Tricitynews Reporter
Chandigarh 17th October:- CRB Public School of Sector 7B, Chandigarh celebrated Diwali with great enthusiasm and fervour. The students decorated the school on this occasion with bright, colourful and eye-catchy Rangolies, diyas and lights through a Housewise Rangoli competition.

Principal Mrs. Sangeeta Mittal and Director Naveen Kumar Mittal extended her warm wishes to the children and reiterated that children should celebrate a pollution free diwali in its purest form by lighting lamps and sharing gifts with their friends and relatives.


Principal Mrs. Sangeeta Mittal also discouraged the students from bursting crackers. Diya Decoration and Card colouring competition was also organised in the school to enhance the festive spirit among students. The whole school reverberated with joy and enthusiasm with a hope that this Diwali would bring lots of peace and prosperity in everybody’s life.
Posted by tricitynews online at 04:22 No comments: 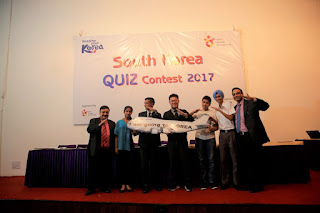 By Tricitynews Reporter
Chandigarh 17th October:- More than 5,000 participants, 20 schools- knowledge about South Korea spread far and wide, all across Chandigarh Tricity. Thousands of Indian student were exposed towards the history, traditions, cuisine, tourist attractions and general knowledge about Republic of Korea through this quiz competition.
This was Chandigarh Tricity’s largest ever Quiz Competition for School Students on international topic organised by Athena Ventures with support of Korea Tourism Organization. The prizes were given by Jae Hyoung Kim, Deputy Director, Korea Tourism Organization. The top winner got a free trip to South Korea for 6 Days and 5 Nights. Rest of the winners got heavily discounted Trip to South Korea. All the other finalists were given attractive Korean Souvenirs.
A unique and unprecedented project, South Korea Quiz Contest succeeded in bringing out heart-touching excellence in the form of intelligent answers to difficult questions from the Indian students. Some deeply imbibed the knowledge about Korea, while some just learnt the facts. But whatever may be their route, the destination of all was the same – learning more and more about South Korea.
Winner students, their parents and Principals interacted with media and told interesting stories about this competition.Jae Hyoung Kim, Deputy Director, Korea Tourism Organization appreciated the diligence of Indian students, while giving away the certificates.
Care was taken to make sure that this opportunity to learn about Korea and win attractive prizes reached schools across whole of Chandigarh Tricity. More than 100 schools were contacted for participation during this 3 month long competition targeted at Indian school students. Thousands of phone calls, faxes and emails kept the interaction going between the organizers and participating students, their teachers, principals and parents. A dedicated website www.southkoreaquiz.comhelped the participants to get all the relevant information from a single source.