By Tricitynews
Chandigarh 16th November:- Mehul Kumar renowned film Director, while inaugurating the 11th Global Film Festival Noida, said that what a pleasure to be part of this most energetic and enthusiastic film festival of the country, where anyone will get charged. I am happy that festival has grown so big.
Sandeep Marwah President of GFFN, said that film festivals are the best source of national and international integration. We are promoting love, peace and unity through cinema and GFFN has been successful in its purpose.
H.E. Micheal Ocaye Ambassador of Ghana to India, said that we have one religion and that is entertainment. Indian film industry is popular all over the world for its song, drama and mus. We are always impressed by the size and involvement of Indians with film business. We salute to the entertainment industry.
H.E. Chris Sunday Ambassador of Nigeria to India, said that Marwah Studio has generated new energy in North of India, their deep participation in cinema activities has changed the color of North film industry.  The festival has designed workshops, master classes, seminars, interactions, and entertainment program, fashion shows and award function.

Posted by tricitynews online at 21:48 No comments: 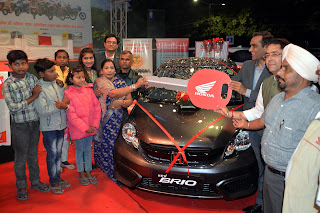 By Tricitynews
Chandigarh 16th November:- Adding more reasons to celebrate this festive season, for customers bringing home a new Honda two-wheeler, Honda announced lucky winners of the 3rd draw for ‘Wings of Joy’ offer valid from October 5 to November 30, 2018. One lucky customer from Chandigarh Suresh Passi have won Honda Brio car in the Maha Joy Lucky Draw.
The 3rd draw winners of Honda ‘Wings of Joy’* offer have been announced. Along with the assured gift of FREE membership of Honda Joy Club, over 2400 customers have won exciting prizes. There are more than 20,000 prizes to be won during the offer period like LG LED T.V, Samsung smartphones, American Tourister Trolley Bags, Sony Earphones etc.
All the assured prize winners are also eligible for Maha Joy Reward which is the Honda Brio car. Those, except for winners of Maha Joy Reward, will be eligible for the Bumper Joy reward. The winners of the Bumper Joy draw will get the ultimate gift - Honda Amaze car.

Posted by tricitynews online at 21:40 No comments: 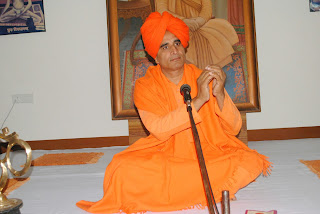 Posted by tricitynews online at 21:33 No comments: 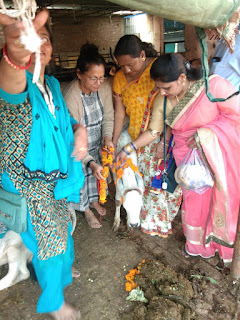 Posted by tricitynews online at 21:28 No comments: 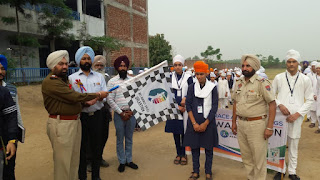 By Tricitynews
Chandigarh 16th November:- Akal Academy schools organised once again India's biggest walkathon in four states - Punjab, Haryana, U.P., Rajasthan in which 20000 students in 116 Akal Academies participated. This walkathon, titled as, 'Race Against Drug Addiction' was flagged off at the school main gate and back in all 116 Akal Academies, same day and same time. Last year on December 2017 a similar walkathon was organised in which 15000 students participated in 116 Akal Academy Schools.
Among the schools located in District Gurdaspur, 150 students of Akal Academy Kamalpur rallied for 5 km.
Students covered the nearby villages, preaching the messages that motivated the villagers to understand the harmful effects of drugs on individuals, society and the economy.
S.H.O Gurdeep Singh flagged off the rally of Akal Academy Kamalpur that started from school gate, moved to nearby villages and towns and returned back to the school gate.

Posted by tricitynews online at 21:21 No comments: