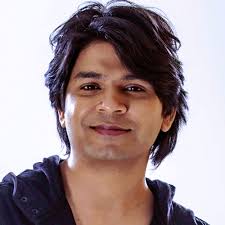 By Tricitynews
Chandigarh 08th December:- Ankit Tiwari known for composing the music for Bollywood movie 'Do Dooni Chaar'(2010) & singer of chartbusters like Aashiqui 2's 'Sunn Raha Hai', the immensely popular 'Galliyan' from Ek Villian,  'Dil Cheez Tujhe De Di' from Airlift et al, unveiled his latest single 'Naina', in a press meet held at the Splash outlet in VR Punjab here.
After the press conference Ankit Tiwari met up with his fans at the VR Punjab Social Hub. At the Social Hub, VR Punjab a performance of the talented singer was held. Ankit regaled the shoppers with his perfect rendition of 'Naina'. The music magic created, enthralled the audience who enjoyed the lilting tunes of this new release. Later, Ankit also announced a meet & greet contest linked to the release of this new song.
Jermina Menon, Vice President (Marketing), Virtuous Retail said that at VR Punjab our focus is always on getting our shoppers something special. With the visit of a celebrity like Ankit Tiwari, our shoppers had an exceptional experience and a chance to interact & listen to one of their favourite Bollywood singers at VR Punjab. We will keep organising exciting events that will make visits & shopping a truly rewarding experience.
Ankit Tiwari said that " 'Naina' is getting a great response . As far as my visit to VR Punjab is concerned it was very fulfilling. The visit to Splash, the performance and everything else was really enjoyable. The crowd was quite enthusiastic and for a performer like me, it felt truly encouraging.
It is noteworthy that some other popular songs of this singer who is growing fast in Bollywood playback singing are  'Kuch toh hua hai', Singham Returns, 'Tu hai ki nahi', Roy , 'Tay hai', Rustom and 'Agar tu hota, Baaghi. In 2014, Ankit collaborated with Mohit Suri—Director of the film Aashiqui 2—for Ek Villain, where he composed and sung the song 'Galliyan'. For the track he received another two nominations in Filmfare Awards, winning the Best Male Playback Singer award.
This performance was done in partnership with Splash,   part of the Landmark Group. Splash is the Middle East’s leading youth fashion brand and their stores offers a range of Unisex apparel, fashion wear and accessories.
Posted by tricitynews online at 03:21 No comments: 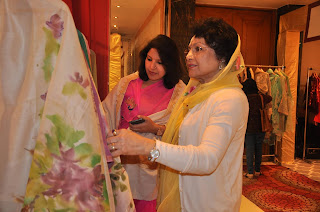 By Tricitynews
Chandigarh 08th December:- Royal Fables, a heritage platform that promotes regal, royal India in all its glory held its first exposition in Chandigarh in association with Kanjimull & Sons by Gaurav Khanna at Taj Chandigarh, with a formal inauguration by V.P. Singh Badnore, the honorable Governor of Punjab.
17 Royal exhibitors presented art, fashion, textiles and art objects made in leading palace studios across the nation. Besides handpicked collections by leading designers and labels that keep the rich Indian handmade tradition alive were also showcased.
Anshu Khanna, Founder, Royal Fables said that Governor Punjab, himself a Rajput from the royal family of Badnore, understands the importance of nurturing our heritage and we feel blessed that he inaugurated the show.
She added that this is the milestone year and we are trying to take the regal legacy to smaller cities and towns which are inhabited by luxury seekers and heritage lovers.  Royal Fables is envisaged as that one platform where we showcase the aura of Princely India as recreated by young scions of royal families.
The exposition closed with a talk on the handcraft legacy of Princely India, chaired by Rani Vinita Singh Patiala and moderated by Anshu Khanna. The evening ended to the sounds of live music by Prabhtoj Singh and a regal fashion walk featuring the visiting royal dignitaries who will dress up in their own creations. Many posing as muse to other royal designers. There was also a culinary showcase of royal cuisine led by two siblings Thakur Shivraj Singh of Limdi and Kanwarani Vijaya Singh Nahan who are both chefs at heart and blue blooded by birth.
Gaurav Khanna said that the bond between Kanjimull and Princely India dates back to 1870 when my great grandfather Kanjimull Khanna, started designing personal jewelry for the Royal family of Patiala. Other states of Punjab followed. Slowly our name spread right up to Great Britain and we were designing for the nobles of Britain. It was exciting to present our collection at the Royal Fables at the Taj Chandigarh.
The list of  royal participants who presented collections was prolific and included Princely families from across the nation including:  HH Maharani Radhika Raje Gaekwad of Baroda, Rani Vinita Singh Patiala, Rani Kavita Kumari Sahiba Jodhpur, Rani Uttara Singh of Jodhpur, Princess Nandini Singh of Jhabua, Rajkumari Alkarani Singh Pratapgarh, Rajkumari Richa Rajya Laxmi Danta, Kanwarani Kamini Singh Seohara, R.K. Chandni Singh Seohara, Baisa Pushpita Singh Kharwa, Rani Jaykirti Singh & Namrata Singh, Baria, Thakurani Darshana Kumari of Mandawa, Yaduveer Singh Bera. Rani Madhavi Mandloi Zamindar, Bada Rawala, Indore, Thakurani Madhulika Hada of Koela, Sonal Dayal Sarjolta, BBG Royals and Shivani Singh.

Posted by tricitynews online at 03:09 No comments: