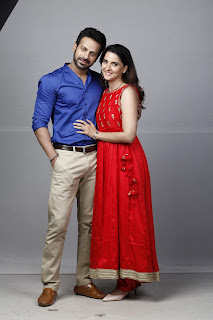 Tricitynews Reporter
Chandigarh 08th June:- What happens when one cannot differentiate between reel life and real life? What happens when the drama that unfolds on the television screen also becomes the drama of your life? Caught in-between reality and fiction is television serial producer and protagonist Rajeev Gupta (Karanveer Mehra) in Sony SAB’s new comedy drama TV, Biwi Aur Main. The show will take the audience through the daily wonders and blunders of the television industry. Premiering on Tuesday, 13th of June, every Monday to Friday at 21:30 hours, TV, Biwi Aur Main will present a fresh perspective on a producer’s stressful yet amusing life.
The plot revolves around the daily struggles of a 32-year-old daily soap producer Rajeev Gupta, played by Karan Veer Mehra. Rajeev lives with his educated, modern and practical wife Priya, played by Shruti Seth. Together, they have a son Gappu, played by child actor Siddharth Dubey. Priya strongly dislikes ‘saas-bahu’ dramas and believes them to be regressive and a waste of time. On the other hand, his mother played by Madhuri Sanjeev, lives and breathes television and its daily soaps. She is very proud of her son, whom she considers a big celebrity and ever-so-often likes to flaunt his photographs which appear in the tabloids.  So immersed is she in the world of make-belief that she tends to live her life in accordance to the TV shows. In addition, Rajeev’s mother also enjoys dominating her husband, played by Ashok Lokhande and her daughter-in-law Priya.
Rajeev is the producer of the popular TV show ‘Bindiya, Shringar Ek Suhagan Ka’ where the lead character of Bindiya is played by the on-screen actress, Naina Sharma.  The role is essayed by actor Tanvi Thakkar. Naina/Bindiya is the typical sanskaari-bahu pretty, well-maintained, and a melodrama queen! She is India’s favorite bahu and the ideal daughter-in-law for all eligible bachelors. The male lead of the daily show is Kushal essayed by Karan Goddwani and Naina cannot tolerate him. She leaves no opportunity to make it obvious that he is the replaceable one in the show and not her.
Bindiya’s greatest fan is Rajeev’s Amma. She watches the show so religiously that she is convinced of Bindiya being a real person. She and her friends treat her as the epitome of all daughter-in-laws and very often gives lectures to her real bahu Priya to behave like her. No matter, how much, Priya tries to make her believe, that Bindiya’s not a real person, she always discards her opinion by saying, that she’s obviously jealous of Bindiya. This camaraderie between mom-in-law and daughter-in-law will leave the audience in splits.
Neeraj Vyas, Sr. EVP & Head, Channel SAB and MAX cluster of channels, commented that TV, Biwi Aur Main reveals a very different perspective of an Indian television producer’s life. It shows the daily struggles of our protagonist as he manages to juggle between his professional and personal life our endeavor at SAB is to present fresh, novel concepts in the comedy genre through our shows. Stealing the real and integrating it into reel always makes for a multitude of lighter moments.
Sumeet Mittal, Founder and Director of Shashi Sumeet Productions, that this show is very close to me as in a way it's going to show the life TV producers such as himself, of course in a fun way. It's a fresh story coming first time on Indian television and Indian audience is eager to know the life on the production sets. We have tried to bring that out in a very simple and entertaining way. He is thankful to Sony SAB for making such a fresh show.
Posted by tricitynews online at 05:17 No comments: 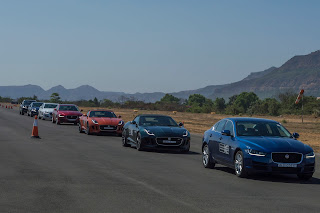 Posted by tricitynews online at 04:58 No comments: