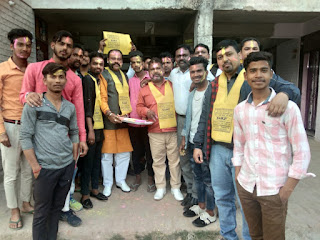 Posted by tricitynews online at 05:22 No comments: 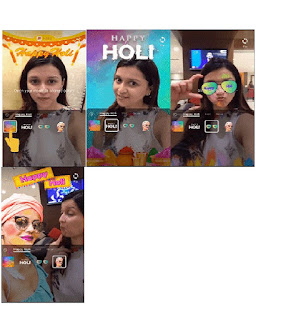 By Tricitynews
Chandigarh 20th Mar, 2019:- Sending Holi greetings, Helo, India's leading regional social media platform, just launched ‘Holi by Helo’ its latest festive campaign. During the week-long online campaign which started on March 17th, Helo will be painted bright with Holi colours, not just by its users but also by over 50 regional celebrities who will be engaging users with wishes and other exciting content during this festival. Helo has also designed Holi themed stickers and visual effects for all its users to enjoy.
Shyamanga Barooah, Head of Content Operations, Helo said that as the festival of colours, Holi is celebrated nationwide in various towns across India. We would like to encourage all our users to celebrate digital Holi with Helo in 14 Indian languages. With unique and colourful stickers designed to spread festive cheer amongst our users and give their online profiles a festive makeover, Holi by Helo will bring joy and smiles to many across the country.
Along with open screen ad pictures and stickers of ‘Holi by Helo’, there are special effect frames designed with popular celebrity photos, so that users can take selfies with their favourite stars and post them on Helo. Some of the top regional celebrities who will be part of the campaign include Shriya Saran, Hansika Motwani, Tejaswi Madivada, Jwala Gutta, Radhika Pandit, Tejasswi Prakash, Catherine Tresa, Lakshmi Manchu, Rubina Dilaik and Nidhi Agerwal. These celebrities will not only be posting engaging content during these seven days but will also share posts on how they celebrate the festival with the users.