By Tricitynews Reporter
Chandigarh 28th February:- STAR PLUS’ most unique singing reality show ‘Dil Hai Hindustani’ celebrates the popularity of Bollywood music through talents from across the globe, from different cultures and nationality, bound together by their love for Hindi Bollywood songs. Dil Hai Hindustani is a musical extravaganza showcasing phenomenal performances through not just solo, but also duet and group performances consisting of bands, choirs, acapella; a first of its kind on Indian television.  Ushering a new league in singing reality shows, Dil Hai Hindustani has changed the way music shows and singing talents have been perceived in this country. 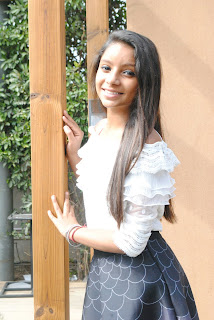 The talent on the show will be judged by an expert panel of jury who has together put India on the world map for music.  The panel of judges will consist of maestro of the music industry Shekhar Ravjiani who has handpicked singers for the show. Along with the ace music director who is known to stir emotions with his compositions, will be joining Director Karan Johar who is known to have a quench for talent. Bollywood’s music sensations Shalmali Kholgade and Badshah are seen monitoring the contestants and judging the show.
Simran Raj, the youngest of the lot in Dil Hai Hindustani, has managed to win everybody’s heart with her voice. Her powerful voice combined with an array of power packed performances has helped her enter the top 8 of this unique Singing Reality show. Amongst the toughest competitors full of melodious performers from across the globe, Simran has managed to make her mark on this show and has been a favorite amongst the judges. A powerhouse of entertainment and chota packet bada dhamaka is what describes Simran Perfectly. With her soulful voice, all the judges have shaken a leg demanding a repeat of her performance. Bollywood’s rockstar, Mika Singh, specially came upon the platform of Dil Hai Hindustani on Simran’s birthday as a surprise to her and she couldn’t control her happiness when she sang in front of him and was loved and praised by all.
The little one, who has come all the way from Delhi, to win everyone’s heart, comes to Chandigarh to give a taste of her flavors on Dil Hindustani. Amazed by how far she has come, Simran said that she is truly blessed to have come this far. She never expected that she will be amongst the top 8 of Dil Hai Hindustani. She adores all the judges and she is very grateful they have always been a mentor to her. Being the youngest in the lot she always feel pampered and all the contestants and the entire cast and crew are like family to her now.

Posted by tricitynews online at 02:43