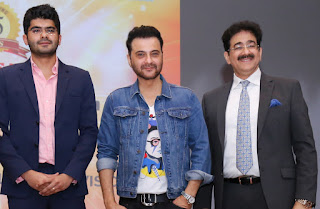 By Tricitynews
Chandigarh 02nd August:- There is no alternate to hard work, but it has to be in the right direction. Filmmakers can identify passionate people. Your talent needs brushing and polishing at film school, said Actor Sanjay Kapoor while Inaugurating the 100 batch of AAFT at Marwah Studios.
Sandeep Marwah President of Marwah Studios, said that the first private film school of India Asian Academy of Film And Television is create another record on the launching of 100th Batch of AAFT.
On this occasion, students asked more than 100 questions about Sanjay Kapoor and his films.

Posted by tricitynews online at 22:43