Singer Raj Chahal to Rule Hearts With 'No Turning Back' 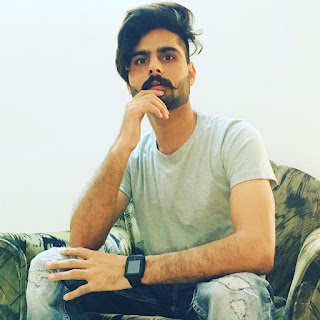 By Tricitynews
Chandigarh 11th October:- Upcoming singer Raj Chahal is going to enter the Punjabi music industry soon with his first song "No Turning Back". 'No Turning Back' is a sad song which is very close to Raj's heart. The song has been written by Raj himself and music is composed by Lavish. Video concept for 'No Turning back' song has been done by company 'Blackmail'. The song will be released by TC Records.
Raj Chahal has been working for a long time to make his mark in music industry. Prior to this, he has written songs for several singers. Talking about his journey, Raj said that he is very fond of writing songs but he never thought that he would enter this industry. He always wanted to do something different but nobody ever encouraged him to come in this field.
He said that there came some situations in his life that he wanted to leave this country for which he tried hard. But destiny wanted something else for him. Talent for writing and singing was always in me and perhaps destiny gave me a chance to bring his talent  in front of world. The song "No Turning Back" is the voice of a heartbroken lover who has realized that he can never get back with the person he loves. He thinks that the youth will relate with this song because everyone's heart is broken atleast once.
Raj said that his friends and family supported him a lot to make a name in music industry. They helped him in every way possible. Raj is further working on 4-5 songs which he will release soon.
Posted by tricitynews online at 04:20