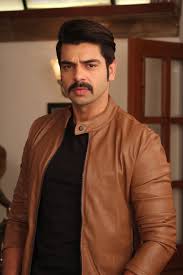 By Tricitynews
Chandigarh 10th May:- Destiny plays an important role in the success or failure of a person. We have come across many actors from Bollywood and Television industry who turned actors and left behind their flourishing career to follow their passion for acting. One such actor is Vipul Roy who successfully essays the role of Inspector Aditya on Sony SAB’s Partners- Trouble Ho Gayi Double. The talented actor was a successful Chef who left behind gastronomic job and embarked on his acting career.
The versatile and charming actor who was previously a Chef by profession is very fond of cooking and loved his job. Vipul started his career as an employee at a restaurant and worked his way up to become a chef at a renowned five- star hotel in Mumbai. He was known for dishing out unique and innovative recipes. He received a lot of appreciation for being an ace in his field.
Though he was following his passion for cooking it was much later that he realized he wanted to become an actor. Vipul’s love for acting took him to participate in an acting contest where he was one of the top finalists. He later pursued his love for acting, he led a dual life of an actor by day and a chef by night. He balanced both his passions with all his sincerity. He then participated in a popular reality show and proved his acting abilities by winning the show.
Talking about this drastic career shift, Vipul Roya a.k.a. Inspector Aditya mentioned that his acting journey has been really different and exciting. He started his journey with a popular reality show and went on to play an important role in F.I.R and now its Partners- Trouble Ho Gayi Double which has been one of the best roles he has played. When it comes to cooking, it’s his soul. Even today whenever time permits, He cook for himself with soft music in the background and enjoy his alone time. Cooking is like a stress buster for him, He usually keep experimenting with new recipes and keep modifying his own cocktails and mocktails. One of the recent cocktails he made is called “Goodnight”. The drink is his own innovation which is a mix of five different drinks. My journey from being a chef to an actor has been exceptional and it was fascinating coming from a chef background to the entertainment industry.
Posted by tricitynews online at 05:06