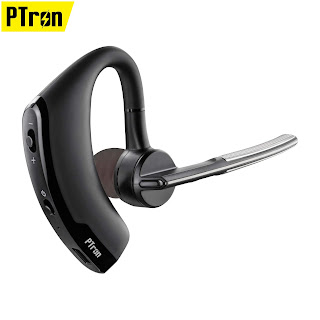 By Tricitynews
Chandigarh 27th September:- PTron, the leading mobile accessories brand, announces the launch of ‘Rover’ CSR chip-equipped Bluetooth earphone. PTron Rover is a perfect hands-free mobile companion for answering calls and for a hassle-free music experience. It features ergonomic urban lightweight design, wireless Bluetooth connectivity, HD microphone, voice commands, and long-lasting polymer battery.
PTron Rover is engineered for high definition voice calls with a microphone that ensures exceptional call quality. It is easy to use due to the multifunction button and a dedicated power switch. It is quick and easy to charge with the micro USB charging cable. PTron Rover is fully loaded with a long list of impressive features including CSR Bluetooth chip set for strong wireless connectivity and low battery consumption, optimal sound experience, A2DP streaming that allows you to listen to your mobile content such as music, 280-degree rotatable mic, interchangeable sides, and 90mAh battery which provides talk time up to 8 hours on a single charge.
Commenting on the launch of PTron Rover, Ameen Khwaja, Founder-CEO of PTron said that in the current scenario wireless technology is getting better and better with a lot of benefits. When we talk about Bluetooth audio devices, we generally look at only one aspect that is music. PTron gives equal importance to music and communication. PTron Rover makes talking and listening to music on-the-go easy. Our Bluetooth earphones are built to last and designed for all-day wear, making them ideal for frequent users both inside and outside a work environment. 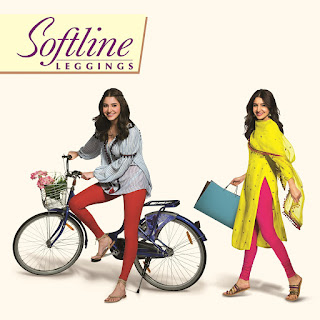 By Tricitynews
Chandigarh 27th September:-Popular Indian premium leggings brand - Softline Leggings, is set to revamp their brand identity, and get on-board a new face - youth icon, Anushka Sharma as brand ambassador.
Softline leggings, from the house of Rupa & Company Limited; one of India’s largest knitwear organization, has always pushed the envelope in terms of innovation, variety and comfort. Their range of premium leggings are wardrobe essentials for women seeking ease with a fashionable edge. Their primary customer base is young, fun-loving women, making actor Anushka Sharma an organic fit to represent the brand. Her youthfulness and passion resonates well with the overall consumer psyche.
With its new mantra, ‘Effortless You’, the brand aims to reach out to young women, who are comfortable in their own skin and live life on their terms, effortlessly. Softline fulfils their need for comfortable yet stylish clothing, in 100+ colours to suit their every mood.
Speaking about the new brand identity, Vikash Agarwal, President and Brand Director, Rupa & Company Limited, said that Softline is a premium leggings brand. Its revolutionary fabric and colour variety make it a unique proposition for customers, which no other competition offers. The new philosophy ‘Effortless you’ resonates with the brand and we are happy to have Anushka Sharma on-board who imbibes this motto. She has an emotional connect with the TG and fits perfectly with our new positioning.
Brand ambassador Anushka Sharma said that happy to be associated with Softline Leggings as it connects with young adults who want to be comfortable in whatever they do or wear. The brand is focused towards its clientele and offers various designs that are contemporary and cool. 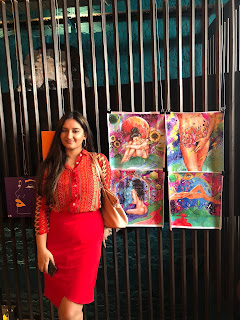 By Tricitynews
Chandigarh 27th September:- It’s time to let efforts flow where they need to! India’s North-East region has been heavily hit by floods throughout the monsoon, and the good people at #SOCIAL have stepped in, to raise funds for rebuilding the region. #SocialSupports: ARTery -a silent art auction, with all proceeds going to support the Nagaland Chief Minister’s Relief Fund.
While bigger cities get attention every season for the difficulties faced by their residents, the states in the North-East receive much lesser attention. In light of this, #SOCIAL has initiated #ARTery - so as to provide coordinated relief from across the five cities (that they’re present in) to every afflicted area of the country via art, for a greater cause.
Shobita Kadan, Director - Marketing & Strategy, Impresario Handmade Restaurants, said that SOCIAL is an integral part of the cultural landscape of the young urban consumer. "Both art and contributing to the greater good are things that matter to them - so why not bring both into one space? We wanted to provide a platform for artists who wished to contribute to the rehabilitations through their creations.
Each stellar piece for the auction has been donated by independent Indian artists from across the country. The auction will kick-off with a live art piece on 27th September, where the artists will speak to the audience about their contribution and field questions from those in attendance. The art itself will be displayed at Sector 7 Social (right here in Chandigarh!), and for a minimum price -you can drop by anytime, to make your own bid from the 27th September the 3rd October.
So if you want to see how art can (literally) change the world, swing by #SOCIAL to pick your very own piece and contribute for the greater good, while you’re at it.

Posted by tricitynews online at 05:01 No comments: 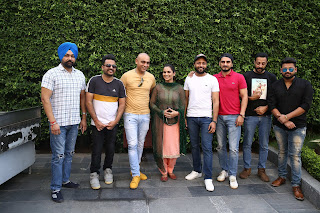 By Tricitynews
Chandigarh 27th September:- There are many things for which our Punjabis are known for as there are so many critical and difficult activities and situations in which only Punjabis can come out by doing one mischief or the other. And one thing out of them will be proved in the Punjabi Film  by the name of “Parahuna” whicht would definitely give us a double dose of entertainment. The film is made under the banners of Dara Films Entertainment, Banwait Films and Seven Color Motion Pictures in association with Roadside Pictures, Directed by Amit Raj Chadha and Mohit Banwait, for this film the story and screenplay has been written by Sukhraj and dialogues have been written by Aman Sidhu, Tata Benipal and Sukhraj. Produced by Mohit Banwait and Mani Dhaliwal with Co-Producer as Sumeet Singh the film stars Kulwinder Billa and Wamiqa Gabbi in lead roles along with Karamjit Anmol, Sardar Sohi, Nirmal Rishi, Rupinder Rupi, Gurpreet Bhangu, Harby Sangha and Hobby Dhaliwal in important characters too. Saga Group has taken the charge of guiding and distributing this project worldwide.
The team was in the city to promote their film. The Director, Mohit Banwait, said that we will not be able to reveal much about the story of the film but we can assure you that this film will make its mark in the punjabi cinema. This is a comedy film and as we all know that comedy is all about the perfect timing and when we have a group of seasoned actors like Karamjit Anmol and Harby Sangha, we are sure that this film will also tickle the viewer’s funny bone and as it is seen in the posters and the trailer too, it so much evident that the film will make you giggle on your seats.
The singer and actor, Kulwinder Billa, said that the film will definitely give its audience a big scoop of comedy. This is his debut film and he is very sure that the audience will like and appreciate his character.
The Producers, Mani Dhaliwal and Mohit Banwait also added that they are very hopeful that their this film will get a very positive response from the audience.
The music has been prepared by The Boss, Mr. Wow and Music Nasha. There are five songs in the film which are sung by Kulwinder Billa, Rajvir Jawandha, Nachhatar Gill, Karamjit Anmol, Gulrez Akhtar and Tanishq Kaur whose lyrics have been penned down by Dharambir Bhangu, Ricky Khan Kuldeep Kandiara.

Posted by tricitynews online at 04:51 No comments:

By Tricitynews
Chandigarh 27th September:- Are you focused at achieving the best output for your educational institute’s brand building? The trends today show that a website opens many great possibilities for educational institutes. The need for a reliable, attractive and effective web existence is increasing as internet and technology have become a vital part of the education process. Also, most people use internet to research about any institute.So, having a website makes strong impact on the image of your institute by increasing its visibility. It also helps to gain instant digital identity and global presence.
CEO of Career Lift Ed-Tech, Nitil Gupta said that educational institutes have a lot to offer when it comes to serving the society. They strive to provide the appropriate education to their students. But most of their efforts go unnoticed because of not being present online. The same can be achieved through a professional web presence. To meet this need we made Edu-CMS, a website specially designed for Educational Institutes, be it coaching institutes, schools, colleges or universities.

Posted by tricitynews online at 04:44 No comments: 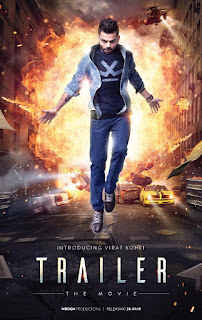