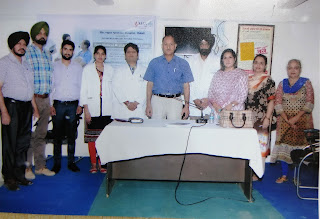 GST to Reduce Rental Value of Commercial Property in Chandigarh

By Tricitynews Reporter
Chandigarh 17th May:- Goods and Services Tax is about to be implemented on 01.07.2017. It is going to impact business in Chandigarh to a very large extent. For the first time Chandigarh will have its own tax law. Since GST is a destination based consumption tax, it is expected that it will certainly increase the tax revenue of the Union Territory. But on the other hand Chandigarh might witness another positive change.
Chartered Accountant Keshav Garg informed that the godowns and the warehouses situated at outer Chandigarh might also get closed leading to lesser movement of heavy vehicles. Since under GST tax rates are going to remain same throughout the country, companies would not prefer to stock its items in Chandigarh. Rather the shopkeepers will prefer to buy goods as per the requirement of the customer. He mentioned further that the concept of distributors of companies shall go away and the shopkeeper would directly deal with the company concerned. This will lead to many commercial spaces getting vacant which can be utilized for the service industry. The rental value in the markets like sector 26 are certainly going to fall.  New warehouse/godowns shall come up in the nearby areas of Panchkula, Mohali, Zirakpur, which would lead to markets at Chandigarh border to flourish. Goods and Services tax which is likely to be implemented in July 2017, will surely transform the way businesses are being done in Chandigarh.

Posted by tricitynews online at 05:03 No comments: 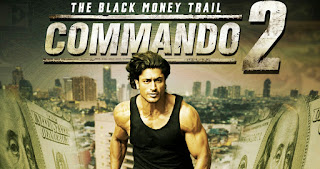 By Tricitynews Reporter
Chandigarh 17th May:- A recent survey by Transparency International (TI), an anti-corruption global civil society organization, states that India has the highest bribery rate among the 16 Asia Pacific countries surveyed. Nearly seven in 10 people in India have indulged in corruption. In a mission to curb black money laundering, in November 2016, the governmental decision of demonetization took the nation by storm overnight creating havoc in the lives of black-money hoarders. Even as the Indian government works towards eradicating this menace, Zee Cinema- World’s Largest Movie Theatre For Hindi Movies, brings one such story of the ultimate fight against black money laundering with World Television Premiere of Commando 2 on Saturday, 20th May at 9 PM. Starring the martial-arts fighter and action hero, Vidyut Jammwal, along with the charming Adah Sharma, Esha Gupta and Freddy Daruwala, Commando 2 boasts of high octane action and edge-of-the-seat drama.
Directional movie debut of the famous theatre director and actor Deven Bhojani, the film is the second installment of the Commando franchise. Commando 2 marks the return of death-defying stunts (all done by Vidyut Jammwal without any stunt doubles or harnesses) as Commando Karanveer Singh Dogra (Vidyut Jammwal), continues from ‘One Man Army’ to a key international mission of bringing laundered black money back to India.
Ahead of the premiere of the film, Vidyut Jammwal said that his mother, like any other person in India, waits for movies to come on television to watch it. Television is a medium that reaches to a wider set of audience. His previous films have done extremely well on television and he expects the same from Commando 2 on Zee Cinema. He hopes people shower the same love for him as they have been doing all this while.
A ‘hawala’ racketeer Vicky operates from the Malaysia-Thailand border and is responsible for siphoning off black money of corrupt Indians. The Indian government, under the leadership of home minister Leela (Shefali Shah), has handpicked a team of specialists to track down the culprits. Headed by Commando Karanveer Singh Dogra (Vidyut Jammwal), along with ACP Bakhtawar Khan (Freddy Daruwala), Inspector Bhavna Reddy (Adah Sharma), they embark on a mission to nab an infamous black money launderer. But with their every movie predictable, they soon find themselves caught in a game of deceit.

Posted by tricitynews online at 04:59 No comments: 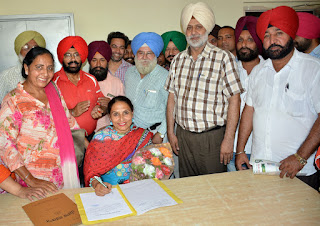 Posted by tricitynews online at 04:52 No comments:

No Driving Test on 18 May at Children Traffic Park

By Tricitynews Reporter
Chandigarh 17th May:- The regular driving license test will not be held on 18th May, 2017 at Children Traffic Park, Sector-23; Chandigarh due to the opening ceremony of Summer   Camp organized by Honda Motorcycle and Scooter India Pvt. Ltd on various aspects of Road Safety and spread awareness in the interactive environment.
Posted by tricitynews online at 04:45 No comments: 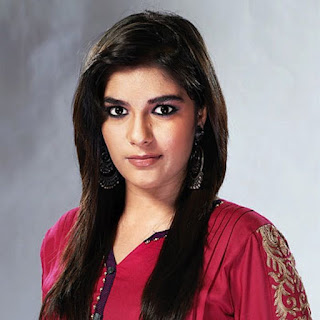 By Tricitynews Reporter
Chandigarh 17th May:- BIG Magic a variety entertainment channel has entertained the viewers with its clutter breaking content under historical, mythological and kids fantasy shows. The channel is all set to entertain its audience by offering horror genre under its cap. So get ready to feel the chills by experiencing the unheard and unseen form of fear through objects in the upcoming show Cheekh… Ek Khaufnak Sach which hits the television screen from today.
The renowned actress Pooja Gor who has lured the viewers with her exceptional acting skills on television, will be seen in the show. The actress has been locked to play a pivotal role in one of the forthcoming episode of Cheekh… Ek Khaufnak Sach. A source close to the production house informs us about the new developments that the accomplished artist Pooja Gor has been finalized to play an important character in one of the spike episode of the show.
Excited on being a part of a horror show, Pooja said that yes, she will be seen in an episodic of BIG Magic’s Cheekh… Ek Khaufnak Sach. Horror concepts have always fascinated her and she is glad to be a part of this show. It has a great storyline which is surely going to scare the spectators.
To watch the phenomenal performance of Pooja Gor in Cheekh… Ek Khaufnak Sach, stay tuned every Monday to Friday at 9pm only on BIG Magic.
Posted by tricitynews online at 04:41 No comments: 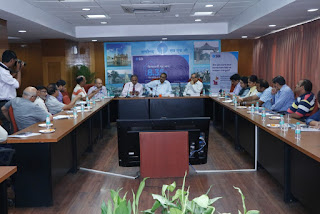 By Tricitynews Reporter
Chandigarh 17th May:- The country’s largest lender and Home Loan provider, State Bank of India has reduced the interest rates on Home Loans for borrowers for up to Rs. 30 lacs by 25 bps.
Mohan Ganeshan, DGM Chandigarh said that the new rates, which are applicable to all new Home Loans sanctioned after 09.05.2017, will give a fillip to the affordable Housing segment, keeping in view the Prime Minister’s vision of providing Housing for all by 2022. It will aid millions of home buyers to purchase their dream home. The new rates offered by SBI are the lowest in the industry.
He mentioned further that the interest rates for loans above Rs.30 lacs have also been reduced by 10 bps. Over and above this lucrative interest rate, an eligible home buyer may also get interest subsidy upto Rs2.67 lacs under Prime Minister Awas Yojana.
Mohan Ganeshan said that SBI is also offering incentive to the builders in the form of interest concession upto 35bps for construction finance, who take up affordable housing projects? This will give a dual advantage to the sector as construction finance and home loans for affordable housing will get the benefit.
The rate reduction translates into a saving of Rs.540 per month on EMIs as shown in the chart below
*If the net savings in EMI is invested in Recurring Deposit, the total amount at the end of 30 years will be Rs.28.22 lacs
Individuals can apply for Home Loans through multiple channels. The Bank offers a bouquet of Home Loan products catering to the different sections of the society.

Posted by tricitynews online at 04:35 No comments: