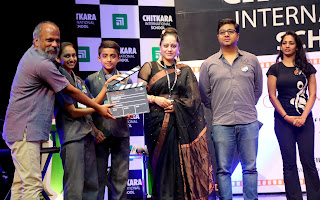 By Tricitynews
Chandigarh 07th Aug:- To the absolute delight of tricity’s students, CineMaestro - an inter-school filmmaking competition kick-started at Chitkara International School (CIS) with plenty of enthusiasm and love for cinematography. The rudiments of filmmaking were disseminated to the 300 participants from 16 schools at CIS premises under Cinevidya- the dream project put to life by Amitabha Singh.
The celebrated professionals of film industry accompanied by their competent team provided a tremendous learning experience to the budding filmmakers.  Amitabha Singh, known for his work in Khosla ka Ghosla, Chillar Party etc. prompted the kids to become filmmakers and introduced ‘Film Craft’ to them. The participants of this action packed module had an understanding of the fundamentals of a short film and its typical structure.
The students were exposed to ‘Film acting’ as a module by Anant Vidhaat Sharma, the man behind many captivating, luminous and quietly towering performances. He made his acting debut in the film Mardaani (2014). He also worked as an Assistant Director in the three movies; Vaada (2005), Shaadi Se Pehle (2006) and Milenge Milenge (2010). The attendees were taught to work step by step to bring out the coordinated action of 'body, mind and voice', which is central to acting. The insights into Space, Time and Movement were also given to bring out a 'Total Act'.
Ms Amritpal Kaur Barot, an Animation expert who has been a Senior Animator in Disney projects like Doc Mcstuffins, Henry Huggle monster and many more International Shows enlightened the students of Cine Maestro’s ‘Animation Module’ on different degrees and mechanics of computer graphics. The students were taught to shape their idea, personality, concept, thought etc through this sort of simulation.
Another module, named “Film Choreography” was touched upon by famous choreographer Latha Bs. and Nidhi Chauhan who have been pivotal in creating material for Rakeysh Omprakash Mehra’s film, Mirzya and the striking ceremonies of ‘Make in India’ at Hanover Messe, Germany & Mumbai and Pro Kabbadi League. They were taught various dance moves and body movement sequences to budding dance enthusiasts in context to films.
Ambar Chakravarty, the notable mind associated with the brands like P&G Regional Group consisting of Vicks and OralB, Coca Cola, Barclays Bank, Parachute Advanced, Chevrolet, HM Ambassador, Avigo, Mitsubishi Pajero, Airtel, Maruti Suzuki, Reliance ADAG, Samsung, Dabur, McDonald's etc. equipped the students with the art of advertising under Advertising module of Cine Maestro. He familiarized the students with the nuances of the advertisements that will further help them to amplify their idea into attractive commercials.
Every facet of the training encompassed practical engagement of the participants.
Dr Niyati Chitkara, Principal, Chitkara International School extolling the objective of CineMaestro, said that the experience of conducting CineMaestro has been terrifically satisfying as we have got overwhelming response and the numbers have doubled vis-à-vis participation of schools across the tricity. For us, filmmaking is not just a tool to foster awareness and passion for making films but rather to fuel art of expression, critical thinking, communication and problem solving skills. Events like these are at the heart of making children industry ready. Moreover it is a matter of pride to haul the understanding of acting for the screen - understanding of camera, lighting &shots to the door steps of the students.
Posted by tricitynews online at 05:31 No comments:

Short Film Based on Sikh Turban Incident at US International Airport, Will be Premiered Freely in November in India

By Tricitynews
Chandigarh 07th Aug:- Gurinder Singh Khalsa, the Indian-American Sikh activist, entrepreneur, and philanthropist who has blazed trails for presenting religious freedom and has been awarded the prestigious 2019 Rosa Parks Trailblazer Award in January after being selected for Champions of the Diversity by Indiana Minority Business Magazine in the United States of America (USA).
The award has been given for his campaign that forced the USA Transportation Security Administration (TSA) to change their Headgear Policy towards turban of the Sikh community and for his continued demonstration of courage and compassion.
Gurinder Singh during  a press conference held at Chandigarh Press Club, urges the Sikh and other social bodies to come forward and support him in spreading the word about a short film based on his real life incident. As after this incident, a relief has been provided to all the Sikhs at the US international airports during the security check.
Gurinder said that he urge the Shiromani Gurdwara Parbandhak Committee (SGPC), Delhi Sikh Gurdwara Management Committee, and other social organisations to come forward and show the short film ‘Singh’ to the public in their established institutions. The film will be available for premier freely in the month of November, when the entire world will be celebrating 550th birth anniversary of Guru Nanak Ji. The film has been made in English language for spreading the word internationally, but for Punjab, we are dubbing the same in Punjabi language so the language does not become a barrier.
In the USA, Khalsa started the nationwide effort that he was denied from boarding a flight in 2007 because of he refused to remove his turban after successfully passing through each security measure at the Buffalo International Airport. As per norms, Khalsa was asked by the US authorities to get 25,000 signatures on the petition for changing TSA policy towards turban of Sikh community but due to his untiring efforts he managed to get 67,000 signatures and forced the US Congress to change the policy for turban. This has given a relief to entire community as now the TSA agents cannot touch Sikh turbans as per new policy if they have successfully passed the security measures at the airports without sounding any alarms.
Inspired by this incident of Gurinder, a very talented US based local filmmaker Jenna Ruiz, 19, has written and directed a powerful and inspirational movie ‘SINGH’. In this short film, Gurinder is made to choose between his religious beliefs and his flight to see his mother in her last days.
Last month, the movie ‘SINGH’ won ‘Short of the Year’ award at the Covellite International Film Festival that takes place in Butte, Montana. Now it is scheduled to be premiered in India in November 2019 during the 550th Birth Anniversary celebrations of Guru Nanak.
Posted by tricitynews online at 05:20 No comments: 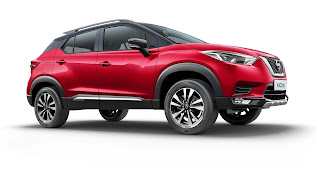 By Tricitynews
Chandigarh 07th Aug:- The Governor of Punjab and Administrator, UT, Chandigarh, V.P. Singh Badnore expressed profound grief at the untimely demise of senior BJP Leader and former Union Minister for External Affairs, Smt. Sushma Swaraj.
In his condolence message, the Governor said that in the death of Smt. Sushma Swaraj, the Nation has lost an illustrious daughter, prolific orator and a distinguished leader.
Terming it his personal loss, the Governor said that the void created by the passing away of Smt. Sushma Swaraj was difficult to fill. Her contribution as the Nation's External Affairs Minister was immense and unforgettable and her committed democratic attitude and dedication to the well being of the people will be always remembered. Governor Badnore said that his association becomes stronger with the departed leader as she had studied in Panjab University, Chandigarh.
Meanwhile, the Governor who is the Administrator of UT, Chandigarh has  also announced half day holiday in all the school, colleges, offices, board and corporations under the Chandigarh Administration as a mark of respect to the departed leader.
Posted by tricitynews online at 05:08 No comments:

Adopting Global Best Practices is Not an Option but a Necessity: Harish Chavan 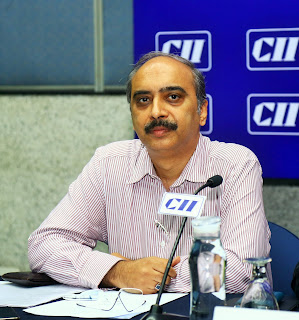 By Tricitynews
Chandigarh 07th Aug:- Government and Industry Cooperation is necessary to spur the growth momentum in Punjab. This was stated by Harish Chavan, Chairman, CII Punjab State and Chief Executive Officer, Mahindra & Mahindra (Swaraj Division) at a Conference held at CII Northern Region Headquarters.
He said that CII would be happy to partner with the Government not only in exposing the companies to the emerging opportunities but also in making them aware of the stringent performance expectations necessary to succeed in them. Additionally, provisioning of stable policies by the Government for the Industry would help support growth.
He shared that the need of the hour is to have a long term perspective and joint approach to address current problems like skilled manpower unavailability, quality power, poor infrastructure, etc. Progressive companies have taken a lead in adopting global best practices and implementing operational excellence initiatives like lean, six sigma, TPM, integrated business planning, etc in the last decade. These have not only resulted in improved business performance for them but also led to implementation of systems for continued improvement. It is necessary for companies in the region too to adopt the best practices before the gap with the competitors becomes insurmountable.
He added further that it is imperative to adopt new age manufacturing practices, including Automation, Robotics & Artificial Intelligence in the challenging times when manufacturing across sectors including auto stands stagnated  and how Industry in this region can initiate the critical transformational initiatives to become future ready.
He also expressed that the enterprising nature of Punjab’s industry and the undying spirit of its entrepreneurs are asking to country’s folklore. While this has helped the state grow and create riches over years, the time has come to adopt the changes necessary to ride the next curve of growth.
Posted by tricitynews online at 05:02 No comments: 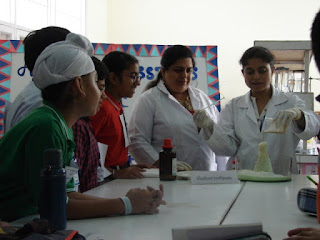