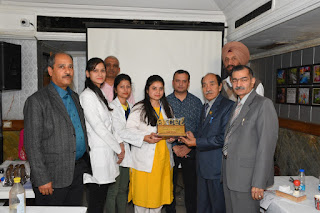 By Tricitynews
Chandigarh 19th November:- Chandigarh based Dr Sonica Krishan, Author, Speaker and Ayurveda Consultant; was recently invited by MEC Global Events to Cuba for a Presentation and Talk on 'INDIAN ALTERNATIVE AND TRADITIONAL REMEDIES FOR HEALTH & WELLNESS' at the 2019 International Conference on Alternative and Traditional Medicine at Varadero, Cuba.
The conference was attended by more than 150 doctors practicing in the modern stream of medicine from various countries in Europe. The well-attended conference evoked keen interest of the doctors in the Indian Medicine which they were not aware of earlier. It has been a pride for the Nation as well as for the City that the Indian therapies and the ancient Indian system of medicine is getting attention from so many practitioners from across the Globe and from various medical departments of modern medicine, thus boosting the Indian healthcare systems. She spoke on the Indian herbs and natural remedies, along with their medicinal utility which has been practiced since ancient times in India and are again being tested and researched upon now. In addition, she also briefly touched upon various Yoga Asanas and Mudras which also aid in curing many ailments.
Dr Sonica had earlier also been invited to Dubai for a similar conference which was attended by American, European and Middle East doctors and Health practitioners. She is working in the field of preventive healthcare and wellness using Ayurveda Healthcare remedies and Herbs. She has authored five books on related subjects in the past viz. Herbal Healers, Home Remedies, Healing through Ayurveda, Healing through Ayurveda herbs in your Kitchen Garden and Healthy Living through Dosha Healing (Ayurveda). Her endeavour is to awaken the thought process of Holistic Healthcare, than simply curing the disease. Ayurveda itself is by and large the superlative and authentic preacher of wellness and India’s age-old science of Life and Preventive Health.
Posted by tricitynews online at 04:08 No comments: 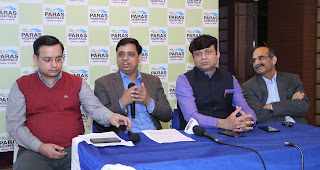 By Tricitynews
Chandigarh 19th November:- In order to create awareness on Chronic Obstructive Pulmonary diseases (COPD), a team of Doctors from PARAS Hospitals Panchkula shared the various facts and myths regarding the diseases related with lungs. Presnt on the occasion were Dr S K Gupta Sr Consultant Pulmonology, Dr Sumit Jain Sr Consulat Medicine & Dr Ashsih Arora Consulatnt Critical Care Throughout the world millions of people are affected by COPD Diseases including emphysema, chronic bronchitis, refractory (non-reversible) asthma, and some forms of bronchiectasis.  Chronic Obstructive Pulmonary Disease (COPD) is an umbrella term used to describe progressive lung diseases. This disease is characterized by increasing breathlessness.
Shedding light on the ailment Chronic Obstructive Pulmonary Disease (COPD) and its treatments, Dr. S K Gupta Senior Consultant Pulmonology, PARAS Hospital Panchkula said that COPD 2nd Largest killer after Heart Problems & Cancer worldwide. Many people mistake their increased breathlessness and coughing as a normal part of aging. He said that in the early stages of the disease, you may not notice the symptoms. COPD can develop for years without noticeable shortness of breath. You begin to see the symptoms in the more developed stages of the disease. Chronic obstructive pulmonary disease (COPD) is a progressive form of lung disease ranging from mild to severe. It is characterized by a restriction of airflow into and out of the lungs that makes breathing difficult.
Sharing his experience Dr Sumit Jain Senior Consultant Internal Medicine, PARAS Hospital Panchkula said that COPD most often occurs in people 40 years of age and older who have a history of smoking. These may be individuals who are current or former smokers. Not everybody but most of the individuals who have COPD (about 90% of them) have smoked. He further said that COPD can also occur in those who have had long-term contact with harmful lung irritants in the workplace like chemicals, dust, or fumes, organic cooking fuel, may also cause COPD. Even if an individual has never smoked or been exposed to pollutants for an extended period of time, they can still develop COPD.  ‘COPD prevalence is around 5.5 to 7.55% in Indian. ’ Recent studies suggest prevalence rate of COPD in males is as high as 22%  in men and 19% in females.
On this occasion Dr Ashish Arora, Sr Consultant Critical Care said that many sufferers have trouble walking short distances and are especially susceptible to illness and pneumonia. Often, sufferers need oxygen support 24 hours per day. If you show signs of emphysema or chronic bronchitis you may have COPD. The long term effects of COPD result in an enlargement of the right side of the heart and eventual death. There is no permanent cure for COPD, but treatment options are available to prevent more damage and improve quality of life.’
Dr S K Gupta further added that also, as the temperature drops, people having COPD are more prone to illness. More colds, flu, and other respiratory viruses make the rounds in cold weather. The symptom becomes more aggravated during colder weather. The effects of cold weather on the lungs can be extreme and chronic exposure to cold environments is known to cause dramatic changes to the respiratory system.
The lungs provide oxygen to the bloodstream and the heart pumps blood, delivering oxygen to various parts throughout the body. With an onset of low to extreme temperatures blood vessels begin to narrow, restricting blood flow and depriving the heart of oxygen. The heart is forced to pump harder, which ultimately increases blood pressure. In mild winters particularly, the largest strain on the respiratory system can be found, leading to a higher rate of cold-related mortality among the elderly. That’s why it is important that you talk to your doctor as soon as you notice any of these symptoms. Ask your doctor about taking a spirometry (Pulmonary Function Test) test. ‘
Early screening can identify COPD before major loss of lung function occurs. Most cases of COPD are caused by inhaling pollutants; that includes smoking (cigarettes, pipes, cigars, etc.), and second-hand smoke. Fumes, chemicals and dust found in many work environments are contributing factors for many individuals who develop COPD. Genetics can also play a role in an individual’s development of COPD—even if the person has never smoked or has ever been exposed to strong lung irritants in the workplace.’
On this occasion, Ashish Chadha, Facility Director Paras Hospital Panchkula said that the current scenario demands an immediate emphasis be laid on preventive healthcare. This involves raising awareness about COPD & other Lung disease and its risk factors. Conducting public education programs, workshops and counseling sessions for creating awareness at a mass level.
Posted by tricitynews online at 04:02 No comments:

By Tricitynews
Chandigarh 19th November:- The 35th Annual Conference of Northern Chapter of the Association of Surgeons of India was successfully conducted by the Department of General Surgery, PGIMER, Chandigarh. The conference was widely attended by the delegates from Chandigarh, Himachal Pradesh, Punjab and Haryana. Faculty from across the country delivered lectures. The conference focused on prevention and management of surgical complications, which in today’s era of medical malpractice issues, every surgeon should know.
Prof Gurpreet Singh was elected as the President and Prof Vikas Gupta as the Vice President of the Northern Chapter of Association of Surgeons of India for the year 2020.
Posted by tricitynews online at 03:55 No comments:

Tile Introduces a Powerful Line-Up with a Tile for Everyone

By Tricitynews
New Delhi 19th November:- Tile, the world’s leading lost and found community, today unveiled a dynamic new hardware line-up in India inclusive of internationally recognized trackers- Sticker, Slim and Pro. Together, the next generation of Tile products unlocks greater functionality and convenience to help users find their belongings.
Commenting on the India launch, Amlan Bhattacharjya, CEO, Brand Eyes, Official Distributors of Tile in India, said that Tile is committed to providing seamless way of life powerfully backed by Tile hardware to assist you. With this new range of products, one can rely completely on Tile to keep a track of their belongings right from laptops, TV remotes, passport, backpacks, toys to plethora of other items. We are elated to launch the three renowned products catering to the needs of each and everyone.
While sharing more detail about Tile Sticker he said that Tile Sticker is waterproof, adhesive-backed and Tile’s smallest finder to date. Tile partnered with 3M to design the adhesive for Sticker, so users can rest assured that once placed on a clean, flat surface, Sticker will stay put. This cost-effective and effortless tracking solution comes with a full three-year battery life and 150 feet range, enabling users the convenience to track their items without restrictions. Sticker can be attached to most metal and plastic materials, including remote controls, cameras, and outdoor gear. He further said that whereas Tile Slim, Tile also introduces a sleeker Slim, now in the shape of a credit card. This new low-profile premium design can easily slip into narrow spaces, making it a perfect fit for wallets, luggage tags, and other hidden spots. Discreet in shape and size, this Tile is still powerful with a longer 200-foot range and twice the volume of the previous Slim. Slim also boasts full three-years of battery life.
The Tile Pro models have extended range, enabling users to locate things faster no matter where they are. For those who value high-performance, durability and strong design, Pro is a globally renowned tracker to deliver as the most powerful finder on the market with an unprecedented Bluetooth range of 400 feet.
The impressive new line-up is powered by the Global Tile Community. Tile has made it easier to find items by consistently expanding the Bluetooth range and volume level of its hardware devices. But the technological leadership does not stop there. For those moments when an item is truly lost or left behind, it’s the Tile Community that steps in to help. Once an item is marked as lost, if any member of the Tile Community spots the missing item, the owner is automatically notified with its location. Tile’s ever expanding Community, comprised of all customers with the Tile app as well as access points, finds more than 90% of items marked as lost.
Posted by tricitynews online at 03:50 No comments: 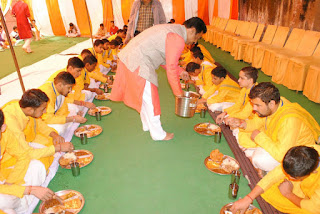