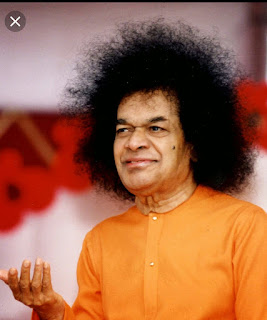 By Tricitynews
Chandigarh 06th August:- Prasanthi Nilayam will witness one of the largest assemblages of jurists, Judges and legal luminaries at the conference on “Human Values and the Legal World” on 11th Aug and 12th Aug, organised by Sri Sathya Sai Seva Organisations to generate views, ideas and suggest ways to strengthen judicial role and Human Values. The theme "Human Values and the Legal World" is an invitation to Bar, Bench and Academia from across the country to participate in the 2-day Symposium. To amplify this noble cause and enlighten the importance of human rights and values, the Chief Justice of India, Hon'ble Justice Dipak Misra is himself addressing people at the inaugural ceremony.
The panel headed by Hon'ble Justice S. J Mukhopadhaya, Chairman, NCLAT and former Judge, Supreme Court of India along with other sitting judges of various High Courts of India shall deliberate on constitutional rights and human values.  Talks on the role of judiciary in advancing human values shall be delivered by Hon'ble Justice N.V Ramana, Judge, Supreme Court of India andHon'ble Justice Amitava Roy, Former Judge, Supreme Court of India.
Chief Justice Hon’ble Justice T.B.Radhakrishnan of the High Court of Andhra Pradesh and Telangana shall chair a session on Ethics & Probity in the legal profession. The panel headed by Chief Justice Radhakrishnan shall consist of sitting Judges of various High Courts of India Program also entails felicitation of  M. N. R Venkatachaliah, Former Chief Justice of India & Former Chancellor of Sri Sathya Sai University. He is among many luminaries both at the bar and the bench who have been associated with Sri Sathya Sai Baba, His Institutions and His message.
Sri Sathya Baba has emphasised that proper study of Mankind is Man. His principles are based on five concrete pillars i.e. Sathya, Dharma, Prema, Shanti and Ahimsa. He regarded human beings as the supreme creation of God and that the human values are the essence of human being and each one should have opportunity not only to realise this inherent divinity but also the blossoming of human excellence.
The Preamble to the Constitution of India guarantees every Indian to excel in Human Excellence beyond caste, colour, creed, denomination and religion. India being a secular country is a boon to its people and the Judiciary has been custodian of human values and has played an important role in sustaining and upholding not only the Constitutional Rights of the citizens of India but also expanding the rights of its citizens.

Posted by tricitynews online at 05:03