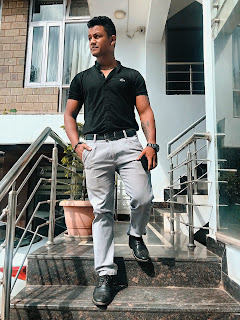 By Tricitynews
Chandigarh 19th Aug:- A 29 years old Martial Arts coach, Entrepreneur, Social activist Suraj Kabir Verma a very well known name of chandigarh has been selected in Finale of Global Mr. India Worldwide 2019,  which is going to be held at Delhi on 14th September 2019 and the judge of the show will be none other than VIDYUT JAMWAL the Commando Movie Superstar. Auditions were held at Hotel Regent in chandigarh where around 250 male and female participated and Suraj Kabir Verma grabbed the position in top 6 from whole chandigarh, Punjab, Haryana, Mohali, Ambala, Shimla.
Winner of the show will represent INDIA in France in upcoming Global Mr. World worldwide 2019.
Suraj Verma is already a Black Belt in Taekwondo and run his own academy name Kings Academy in Chandigarh. He has trained many fighters in amateur and pro MMA championships. Now modeling will be and amazing field for him to explore from where he can teach his students another level of experience.
Posted by tricitynews online at 06:06