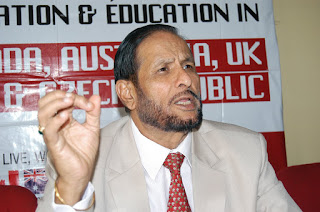 By Tricitynews
Chandigarh, February 14th, 2020:- Canada continued its immigration record of admitting over 300,000 immigrants for the second consecutive year by welcoming a total of 341,180 new permanent residents in 2019.
Out of the total number of newcomers, 58 per cent (196,675) came through the economic class while 27 per cent (91,335) were welcomed under family sponsorship and the remaining 15 per cent were arrived through the refugee class.
Indians remained the largest group when considering new permanent residents to Canada by nationality. A total of 85,585 Indians obtained Canadian permanent residence in 2019, which accounted for 25 per cent of all newcomers to Canada. China was the second leading source country as a total of 30,260 Chinese nationals were granted Canadian PR  followed by the Philippines (27,815) , Nigeria (12,595)  and the United States (10,800).
Among all other Canadian provinces and territories, Ontario dominated as the province of choice for new Canadian permanent residents in 2019. The province welcomed 45 per cent of the national share in 2019. In a distant second place was British Columbia, welcoming 50,320 newcomers in 2019. The third place was secured by Alberta, which welcomed 43,685 new immigrants in 2019.
Canada is one of the world's top destinations for international migrants. Canada’s government is keen to welcome highly educated and technically skilled professionals from across the world. The federal government also exceeded the target it set in its 2019-2021 Immigration Levels Plan as the country is targeting an additional 341,000 newcomer arrivals in 2020.
Lt Col (Retd) BS Sandhu, Chairman and Managing Director of world’s Largest Immigration Group – WWICS said that there has always been a great inclination among the Indian diaspora to obtain Canadian permanent residency and the number of Indian citizens in Canada has soared greatly in recent years. Keeping in mind the government’s fast and easy pathways for skilled professionals to settle in Canada and its high immigration targets; it is one of the most opportune times to apply for Canadian immigration for people who want to immigrate and settle in the maple country.
WWICS is one of the leading global resettlement solution service providers offering full range of immigration services. Established in 1993, the group is among the top organizations in world specializing in immigration to Canada. The key reason behind organization’s great success is the fact that the expert team at WWICS handles each case individually and offer customized advice to the clients through its legal counsel comprising of Canadian lawyers, ICCRC members, solicitors and other paralegals.
Posted by tricitynews online at 04:17