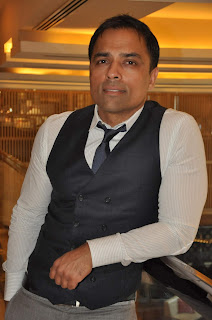 By Tricitynews
Chandigarh 05th September:- Thirty-seven-year-old Gurbaksh Singh Chahal, who is a renowned Indian-American internet entrepreneur, writer, and philanthropist is on a visit to his parent state –Punjab. The reason behind his visit -an emotional attachment with his parent state, he is from Tarn Taran, and a desire to do something for the beleaguered Punjabi economy and its youth, who face an uncertain future in midst of a drugs onslaught. Gurbaksh Singh Chahal interacted with the media to share his plans for Punjab.
Gurbaksh Singh Chahal said that he come to Punjab with an ambitious project of helping the state make an economic come back. He wants to create 1 million tech jobs by 2030 in the state. This is to be achieved through his mentorship programmes, different events that promote IT culture, and incubation centres of excellence to hand hold young Punjabis’ & make them achieve their entrepreneurial dreams.
Added Gurbaksh Singh Chahal said that in 4 years time, there will be 7 million jobs up for takes in India’s IT sector. The regions which will take the lion’s share of this market are places like Benagaluru, Gurugram, Mumbai & Hyderabad, Punjab is not even there on the list. If we do not do something now, is sure Punjab will miss the IT bus.
Gurbaksh is a highly accomplished entrepreneur. He has founded two internet advertising companies, ClickAgents and BlueLithium. He is also the founder of RadiumOne and Gravity4, also online advertising technology companies; as well as Taara Labs–which is an IT incubation initiative and RedLotus. What's more, through The Chahal Foundation, he has launched initiatives to help those affected by disaster.
Gurbaksh Singh Chahal further said that he dream of setting up an effective incubation centre for giving a fillip to IT in Punjab. He and his team will be rallying community and Punjab government towards fostering a Start Up culture for the youth.
G S Chahal said that his incubation models in IT can create IT expertise among desirous Punjabis in as short a span of time as 2-3 weeks. He explained his strategy to outsource capital from companies in USA and other countries into Punjab to give a boost to the state’s economy.
Chahal said, “The world over, Artificial intelligence, Data sciences and Internet of things (IOT) have become the most important planks of a robust IT sector and these areas need to be promoted among Punjabi youth who are to be skilled for success in life.”
G S Chahal also shed light on aspects that one should work on to become a successful entrepreneur and pitfalls to be avoided during the media interaction.
Gurbaksh later in the day held a talk at Indian School of Business (ISB), Mohali, which was organized in association with TiE and Startup Punjab. He addressed over 200 young would be entrepreneurs, business management students, businessmen etc and talked about the need for motivation and inspiration to achieve one’s dreams in life. The pep talk was interspersed with interactive sessions in which young members of the audience asked questions off Chahal.
Posted by tricitynews online at 05:25