Lord Krishna Descends Into Chidiyaghar to Teach Babuji A Lesson 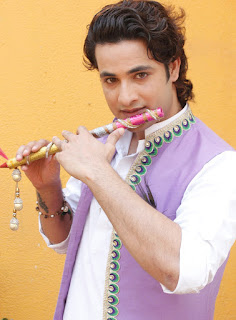 By Tricitynews Reporter
Chandigarh 08th December:- Sony Sab’s Chidiyaghar which has successfully completed five years will strike a moral chord with audiences this week. The track will revolve around the moral dilemmas during a testing time for the Chidiyaghar residents.
When Gillu’s health starts deteriorating due to his heart condition, the Narayan family joins forces to help out with the money for his treatment. However, with all efforts put together they still fall short of some funds. On account of insufficient funds, Babuji feels compelled to compromise on his values and steals the remaining amount from the donation box in Lord Krishna’s temple. Gillu’s treatment is successful and nobody finds out that Babuji stole the money, until Lord Krishna himself appears at Chidiyaghar to take it back.
Lord Krishna’s mischievous ways of recovering the amount really tests everyone’s patience. With nobody expecting Babuji to resort to theft, the entire family tries to resist Lord Krishna’s efforts to recover the amount.
Rajendra Gupta, who plays the role of Babuji in the show, said that in the beginning of the track Babuji himself is a staunch advocate against crimes and misdeeds as it can cause irreparable damage to one’s reputation. However when left with no option, he feels he has do the ‘right’ thing even if it means compromising on one’s values and ethics.

Posted by tricitynews online at 04:16